 'Unschooling' on the rise in Denmark - The Post 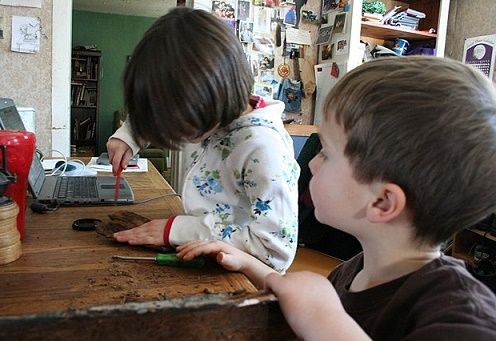 Recent figures collected by a home-schooling organisation, Fri Læring – Foreningen for hjemmeundervisere i Danmark (FLFHD), reveal that the concept of unschooling is becoming more popular in Denmark, DR Nyheder reports.

The unschooling phenomenon was developed in the US and involves a complete rejection of the concept of traditional schooling and does not equate education with a curriculum. Everything is aimed at putting the child first and the idea that children learn what they are interested in.

At present, around 475 children are taught in this way at home by their parents and the trend is especially prevalent in the Capital Region, which accounts for 129 of them.

Let freedom ring
The reason parents give for taking a step that some might consider drastic is the idea of freedom. One mother, Pernielle Aurore Eckhoff Rønnow, told DR Nyheder that “it gives us freedom and it gives my children freedom to be the people they are and I think they learn more this way.”

Perhaps unsurprisingly, the Danish teaching organisation Danmarks Lærerforening is not thrilled by the trend. “We think we have really good schools in Denmark, so we would really like to see parents sending the children to school,” said the chair of the organisation’s educational committee, Jeanette Sjøberg.

The tyranny of grades
Sjøberg suggests that another reason for the attraction of unschooling is that parents are not happy with the current school structure.

“The demands made on pupils nowadays are different from what they used to be. The pace of learning has been stepped up and the things you are required to have learnt at the end of Year 8 were things that previously were only expected at the end of Year 9,” she said.

Morten Holmstrup from FLFHD points out that the school reform of 2014 with its emphasis on grades is still casting a long shadow.

“Whereas you typically use grades or gold stars to reward children in institutions and schools, with unschooling you work according to the premise of your children’s wishes and what they actually want to learn,” said Holmstrup.