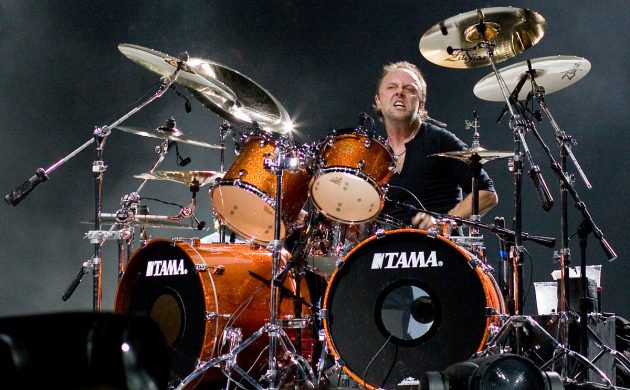 He is the drummer, co-founder and spokesman of the heavy metal band Metallica, who early next month will be playing the inaugural gigs at the new Royal Arena venue in Copenhagen. Additionally, he and his band-mates have just been nominated for a Grammy in the category ‘Best Rock Song’ for their track ‘Hardwired’.

Hasn’t he got one arm?
Noooh, that’s the drummer of Def Leppard! Although he did date Connie Nielsen and she was in ‘Gladiator’ in which Russell Crowe cut somebody’s arm off and might have fought a leopard. Two-armed Ulrich nearly followed his tennis pro dad into the game, but in the end was drawn to a different kind of racquet. Just as well, as at 1.66m tall, he can barely see over the net.

But there’s a Def Leppard link?

Not really, although they are a cited influence. Oh, and about a decade ago, a commenter on metalsucks.net said Metallica should sack Ulrich and hire Def Leppard’s drummer so that “everyone will realise that Lars is one step away from having Cerebral Palsy”.

Urgh! So he’s not popular?
Not since Metallica took the file-sharing company Napster to court in 2000, where the band submitted the details of 335,435 Napster users they wanted banned.

That’s a lot of fans to lose!
Well 30,000 weren’t and got their accounts reinstated after proving they had hated Metallica for life, not just a year.

Wasn’t he in ‘The Simpsons’?
Yes, with his blessing, unlike his appearance in ‘South Park’ in a scene in which kids are taught not to illegally download music or “recording artists will be forever doomed to a life of only semi-luxury”.

Ouch!
If you think that’s bad, Village Voice named him the “douchiest drummer of all time” for his under-par musicianship, singer James Hetfield’s 2010 claim that roadies put his socks on before concerts, and the way in interviews the “pompous windbag addresses almost every question with enough ego to fill a stadium”.