 A Dane Abroad: The worldly wonder of words - The Post

Every culture has got peculiar sayings and ‘insider terms’, but often we are completely blind to their incoherence, until someone makes an attempt to translate them.

I have gathered here a few idiomatic gems from both Danish and English culture, and most of them are unintentionally dirty! But let’s face the truth: it has always been more fun inventing dirty sayings, and unsurprisingly they tend to be the ones that we remember.

Faecal fascination
Both the Danes and the English appear equally enamoured by poo-related expressions when things go belly up. Or should I say go ‘tits up’? An English speaker may be ‘up shit creek without a paddle’, or shit can ‘hit the fan’.

In Danish, a situation can be ‘lort og lagkage’, literally meaning shit and layer cake, which is, well, clearly not a good combination. And if someone is being really hopeless, you might say that they can’t poke a stick in a shit without ruining both the stick and the shit (‘pære i en lort uden at ødelægge begge dele’).

Dirty Danes
The Danes have various sayings that are downright devoid of any logical sense whatsoever. If you are in trouble you may have your hair stuck in the mail box (‘håret i postkassen’). If you are barely hanging in there, you may be hanging out with your arse on the surface of the water (‘røven i vandskorpen’). And if you are really busy you may be racing around like a singed fart in a glass of water (‘drøner rundt som en skoldet skid i et glas vand’).

But wait, there’s more! If you are really upset with someone you may wish for their arse to itch and their arms to be too short (‘Må din røv klø og dine arme være for korte’). And if things have gone pear-shaped, the Devil might be loose in salmon street (‘fanden er løs i lakse gade’)!

Cup, crossed lines, camels
In both Danish and English, if we go too far, we agree that we ‘cross the line’ (‘går over stregen’).

If you are weeping in English you may ‘ball your eyes out’, while in Danish you cry snot (‘græder snot’).

If an Englishman does something extremely carefully, he might ‘cross his Ts’, while a Dane would put a dot over the ‘I’ (‘at sætte prikken over ‘i’et’).

If something has become too much for a Dane we use the metaphor of water: the drop that made the cup overflow (‘dråben der fik bægret til at flyde over’), while in English they refer to camels: ‘the straw that broke the camel’s back’. With an obvious lack of camels in Britain, perhaps this is a leftover from the colonial days?

Clean getaway
If nothing is an issue in Denmark, you might say that there is no cow on the ice (‘der er ingen ko på isen’). Well I suppose that could be an issue.

And of course, many Danish sayings involve bikes! If someone is a bit simple, you might say that their bike is short of one gear (‘Han mangler et gear på cyklen’).

And thus, I’ve managed to close with the cleanest of the sayings for a tidy end to this rundown of idiomatic nonsense. 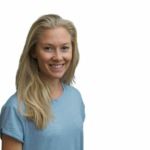