A discovery needn’t be waiting at the end of the journey. Just ask Columbus! (photo: iStock)
January 14th, 2016 7:00 pm| by David Parkins

For thousands of years, alchemists attempted to produce the Philosopher’s Stone, a mythical substance required in the transmutation of common materials into precious ones (e.g turning lead into gold).

Believing these soft metals were hybrid compounds and therefore changeable through chemical reaction, these early scientists worked tirelessly but without success as the Philosopher’s Stone eluded them.

According to project scientist, David J Morrissey, it wasn’t particularly difficult, although it did pose a problem that was truly unsolvable: the cost.

“It’s relatively straightforward to convert lead, bismuth or mercury into gold,” he said. “The problem is the rate of production is very, very small and the energy, money etc expended will always far exceed the output of gold atoms.”

“It would cost more than one quadrillion dollars per ounce to produce gold by this experiment,” calculated another member of the team, Glenn Seaborg, a co-winner of the 1951 Nobel Prize for Chemistry.

So it would appear transmutation is possible. All that’s needed is a particle accelerator, a vast supply of energy and an extremely low expectation of how much gold you’ll end up with.

Modern day alchemy
When the Copenhagen Post asked for a title for this column, I didn’t hesitate: 21st Century Alchemy. It seems appropriate. Although centuries have passed and our world has changed, our desires haven’t. We still want to turn our lead into gold.

As 21st century alchemists, we seek advice from ‘successful’ people because we’re after a modern-day philosopher’s stone – a solution, a secret, a shortcut for creating gold (happiness or success). And even though we know that quick-fixes don’t exist, we still search for them, spending time and resources on new advice, perspectives and methods.

Aspire and perspire!
So here’s the secret: there is no secret. Any experiment that yields gold (success) always takes hard work (vast amounts of energy), something special (an accelerator), but most importantly, an extremely low expectation of how much gold (success) you’ll end up with.

In other words, don’t experiment to get gold. Experiment because you’re an alchemist, and even though you’re a 21st century alchemist, continue to do what all alchemists have done: experiment (a lot).

Although all alchemists failed to find gold, not all were failures. You may never find the gold (success) you originally sought, but you still might discover gold along the way.

Struggling for inspiration in your workplace, or is your career in a rut? 21st Century Alchemy has all the answers. Send your questions to contact@ep3.dk or @EP3dk 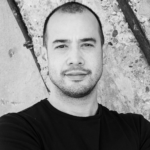 21st Century Alchemy is a weekly write-in advice column for career-minded professionals, entrepreneurs and small businesses written by David Parkins, a business (re)development and company culture strategist, career coach, and IMCSA speaker (ep3.dk).  If you have specific career or company questions, or would like to read advice on a specific topic, please send them to contact@ep3.dk or @EP3dk.