 Circumcision divide between Denmark and Israel - The Post 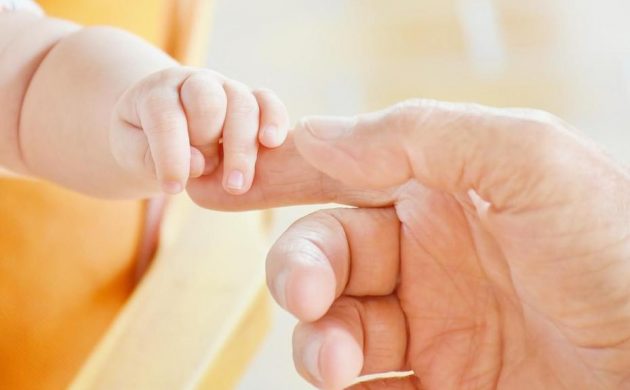 In two fresh statements, Danish doctors express deep concern over ritual circumcision of boys. The Danish Society of Family Physicians, whose 3,000 members include two thirds of all general practitioners in Denmark, announced in December that circumcision of underage boys with no proper medical indication is nothing short of mutilation. In a separate statement, the overarching Danish Medical Association recommended earlier this week that non-therapeutic male circumcision should wait until the boy or young man is old enough to provide informed consent. An editorial in Jyllands-Posten, the second largest national newspaper in Denmark, urged the Danish government yesterday to ban ritual circumcision of underage boys, and a result poll among readers of BT, another large national newspaper, showed that 87 percent of well over 26,000 votes were in favour of such a ban.

Not surprisingly, Israel has a quite different view on this matter. In December 2013, an Israeli delegation of Knesset politicians travelled to Paris in an attempt to overturn a visionary, human rights-based resolution that was passed by a comfortable majority of the Parliamentary Assembly of the Council of Europe (PACE) on 1 October  2013. The PACE resolution 1952 recommends that member states start moving towards abolishing all kinds of physical assaults on children, including non-therapeutic circumcision of boys and girls. The Council of Europe is the continent’s leading human rights organization with a current total of 47 member states, each of which has signed the European Convention of Human Rights. Israel is neither a member, nor has it signed the European Convention of Human Rights but, since 1957, Israel has held observer status in the Council of Europe.

In the Israeli media, readers have repeatedly been told that the widely-held European stance against ritual circumcision is rooted partly in anti-Semitism, and partly in fear of an expanding Muslim population in Europe. Such anti-religious rhetoric is unjustified. The vast majority of Europe’s opponents of ritual circumcision are religiously tolerant, but consider cutting off an important part of a non-consenting, healthy child’s genitals to be contrary to modern ethics. This view was clearly expressed in September 2013 in a common statement of the ombudsmen and spokespersons for children in Norway, Sweden, Finland, Iceland, Greenland and Denmark. To most Europeans circumcision is an ethically problematic ritual that is intrinsically harmful to children: every child has the right to protection of his or her bodily integrity and the right to explore and enjoy his or her undiminished sexual capacity later in life.

Infant circumcision’s negative long-term impact on human sexuality has been recognized by Jewish authorities for ages. Scholars like Philo of Alexandria (appr. 20 BC – 50 AD) and Moses Maimonides (1135-1204) knew well that reduced penile sensitivity was not an unfortunate side effect of the brit milah; rather it was part of the point: to diminish the animalistic sexuality of men. It takes more than a strongly media-promoted literature review by the world’s leading circumcision advocate, Brian Morris of Sydney University, to eradicate the bulk of scientific evidence and several thousands of years of knowledge. Circumcision ablates the most sensitive part of a boy’s penis and thereby diminishes his sexual sensitivity for the rest of his life. In October 2013, the Nordic Association of Clinical Sexologists stated that the bodily injury associated with circumcision is a violation of the boy’s sexual autonomy.

The head of the Israeli circumcision delegation, Reuven Rivlin (Likud Beytenu), has repeatedly referred to a series of highly questionable benefits from circumcision. His source of information is a 2012 policy paper on the topic by the American Academy of Pediatrics. However, Rivlin has unfailingly forgotten to inform readers that this policy paper has been seriously criticized for cultural bias by pediatric societies, general medical associations and 38 medical professors, doctors and researchers from 17 countries across Europe and Canada. Unlike their US colleagues, European doctors do not accept the postulated health benefits of circumcision as being well-documented, including the claimed reduction in risks of urinary tract infections, sexually transmitted infections, HIV/AIDS and penile cancer. And, importantly, even if the claims were valid, they would still not constitute a compelling argument for circumcising boys before an age at which they can make the decision themselves. Moreover, while parents are generally told that circumcision is a safe and painless procedure, the truth is that no available local anesthetic is able to provide pain relief, but only some level of pain reduction, and even the most efficient method has a failure rate of six to eight percent. Additionally, a non-trivial proportion of boys –  five percent according to a recent Danish study – will experience significant procedural or post-operative complications, even when the operation is carried out by experienced pediatric surgeons in a university hospital. In rare instances, complications can be fatal. This little-heard of, but well-known fact is the humane Talmudic reason for permitting Jewish parents to forgo circumcision of their son if two older brothers died as a result of the procedure.

On January 27, a motion for a new resolution, conceived by the Knesset’s circumcision delegation to marginalize the recently passed PACE resolution, will be discussed in the Bureau of the Council of Europe.  If successful, it will lead to a new debate and a new vote in the Parliamentary Assembly during the spring of 2014. Hopefully, the Bureau of the Council of Europe will have the resolve to stand up for children’s rights, despite this pressure.