 Danish Capital in 2016: The support for Britain to remain is strong - The Post

More kindred spirits want Britain to remain than is being claimed by the Leave Campaign (photo: iStock)
April 10th, 2016 7:00 am| by Neil Smith

One of the biggest misrepresentations (and there have been many) of the Leave Campaign ahead of the UK’s forthcoming Brexit Referendum has been that the UK is fundamentally different from other EU members. This plays into a narrative sown over the decades by a vocal minority that the UK is being consistently pressured and cajoled within the EU by a homogenous group of like-minded countries.

A cultural affinity
Nothing could be further from the truth. In fact, most northern European countries (and Denmark is, definitely, prominent amongst them) are desperate for the UK to remain in the EU. Part of this is a natural concern shared by all 26 other members as to contagion – and also the unenviable prospect of spending years on a complicated and resource-draining divorce agreement.

However, for countries like Denmark, there is more to it. The Nordics and the Netherlands feel both a cultural affinity, and shared political and economic priorities, with the UK – far more than they do with most southern European countries. A vote to leave would impact massively on countries outside the UK too.

A useful slipstream
Dansk Erhverv (the Confederation of Danish Industry) outlined this view in a recent report. They described clearly how the UK “pulls the EU in a direction that is advantageous for Denmark” due to both countries having a large and strong service sector, a preference for open global markets, and a general distaste for dirigisme.

The report also described how the UK is often a driver of business-friendly policies. Whilst the UK can often be cantankerous and dogmatic in its intra-EU negotiations, it is also clear that European countries with similar views happily sit in its slipstream, accessing the eventual benefits. The right to differentiate on child benefit payments is a clear example of this. It was pushed for, rather belligerently, by the UK, but also strongly desired by Denmark.

Danes also have a natural concern about pressures on non-Euro countries should Britain leave. These have been limited until now, as it is not feasible to push the EU’s second largest economy involuntarily into a major change. The UK leaving the EU would, though, significantly alter the balance in this area, with non-Euro countries’ share of population and GDP vastly reduced.

Across the spectrum
Due to the above, both the prime minister, Lars Løkke Rasmussen, and (more surprisingly) the arch-eurosceptic Morten Messerschmidt have been vocal in their desire to keep Britain within the EU.

In Messerschmidt’s case, he told Politiken that for the first time in his life he wants voters to back the EU in a national referendum.

Let’s hope they get their wish: for the UK itself, and also for Denmark. 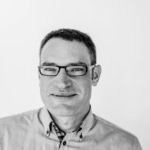