 Give Yourself a Chance: Drawing inspiration from the world's best chef - The Post When we said the chef focuses on the dish, we should stress he is a perfectionist (Photo by iStock)
December 6th, 2015 6:55 am| by Carlos Monteiro

I have just finished watching a documentary about a Danish chef who is acclaimed in the title to be the world’s best.

‘Verdens Bedste Chef’ tells the story of Rasmus Kofoed (and his assistant) aspiring to win the biennial Bocuse d’Or – the culinary equivalent of the Olympics, the world championship in cooking.

From a motivational perspective, watching Kofoed’s bid to eventually triumph in 2011 (after finishing runner-up in 2007) was both absorbing and interesting.
His approach lends itself very well to modern business thinking.

Preparation is key
Rafa (my business partner) and I put a lot of effort into our business presentations. One of the things we have discovered is that if we don’t surprise our clients or show them more than they are expecting to know, we most likely won’t get the job.

Our competition is fierce, so we literally try to give away as much knowledge as we possibly can because if that potential client likes what s/he heard, they will be interested in talking again, and we want to keep that conversation going.

As is focus
Kofoed showed an impressive focus – both when he had to lead his team and when he was just working with his assistant. Rasmus is highly skilled, no doubt about it, but whenever he is cooking one dish, he is completely focused on that dish. Once he finishes that one dish, he then moves on to a new one.

When I started Biassa here in Denmark, I initiated my activities as a freelance business consultant. I had no clue whatsoever which sector or key activities I was going to be focusing on. As the company grew over time, I have been obliged to focus my attention on the key activities I believe I’m really good at.

It will pay off
Invest in preparation. Yes, it is worth your while. Focus on what you are very good at. 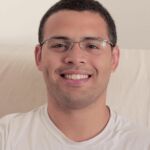 Carlos (cm@biassa.com), a Brazilian resident of Odense, started his business from a blog known as denmarkbrazil.com. It later became Biassa, a business development company, which under the motto ‘Bringing forth results, not reports’ is focused on supporting Nordic businesses that want to tap into and thrive in the Brazilian market