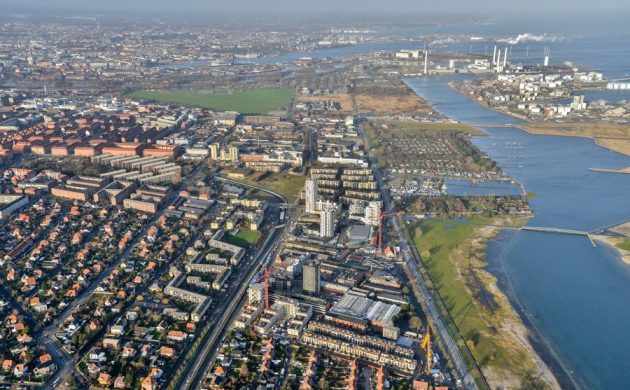 Dr No and Scaramanga had cool islands … if anyone’s was shit it was Raoul Silva’s (photo: Alexander Mottlau)
November 3rd, 2018 5:56 am| by Adrian Mackinder

Well we did it. Three years into our Copenhagen life and we finally convinced one of those oh-so-generous Danish banks to lend us the money to buy our own home.

You only move twice
It says something about the current economic landscape that I have become a first-time homeowner at the tender age of 40. My parents’ generation – you know, the baby boomers that financially screwed us over for life – bought a house in their early 20s. Fat chance these days.

One of the reasons we moved from the UK to Denmark was because we were as likely to afford property in London as I am able to spawn the malevolent cosmic hell beast Cthulu (although at times my son challenges that argument).

So now we have acquired a lovely little patch of grey in Amager, from where we can watch my homeland be ripped to shreds and hurled off a cliff by a very different beast: the foul, self-ingesting, lumbering, slow-witted leviathan known as Brexittimus Rex.

A view to a bridge
It’s only been two months but I really like Amager. Sure, many of its inhabitants can often be found on the street at four in the morning screaming at pigeons, and a massive dog seems to own his own home right by Amagerbro metro, but its wide streets, stunning brownstone buildings and multicultural inhabitants lend the once unfortunately-branded ‘Shit Island’ a welcome reality often missing in other areas of Copenhagen.

Having lived for 20 years in London, I instantly feel more at home among people from different ethnic backgrounds. It makes a change from that particularly cold and unfriendly branch of the Aryan Master Race that dominates certain areas of the city. In Amager, I finally found my people: irregular, welcoming and out of their minds on gin.

Let’s just hope more people like me don’t seep across the bridges and gentrify the place. I’d hate to see Amager lose its character. And by that I mean all those wonderfully grubby bodegas full of craggy old men with complexions the colour of a butcher’s apron.

Nightfall
Of course, the Tiny Dictator didn’t enjoy the move. We are now right in the depths of tantrum territory, where the slightest micro-change in air density will send our son into a rage berserk enough to intimidate Ragnar Lodbrok. Right now he is adjusting to having his own room along with a new routine due to simultaneously moving from vuggestue up to børnehave. As you can expect, there’s been fallout.

And two months in, we still haven’t slept through. Every night he comes into our bed. Every night. One particularly impressive effort saw him burst in at three in the morning, kick me in the face, urinate in our bed, then run out, turning on the light as he went. I mean, it’s fine when my wife does it, but for a child it’s just unacceptable.

So we muddle on. But life is good. We have more space, a fantastic Indian restaurant on the doorstep and an enormous supermarket that sells bottles of London Pride. Because, wherever we end up, we all need a taste of home, right? 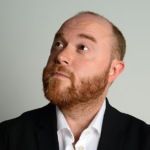