 Mind over Managing: The time is now - The Post A parliamentary election will take place in Denmark on June 5.

Due, not least, to the hate-speech mongers and racists vindicated at Stram Kurs gaining the necessary endorsements to take part in these elections, it is expected that immigration will again be the central theme.

Bigger issues in play
This is like a family arguing over which TV channel to watch while the house is on fire. There is only one issue of our times, and it is not immigration, although it is linked to it.

Preventing catastrophic climate change is our priority and obligation. Some 50 percent of all carbon emissions released into the atmosphere have happened over the last 30 years, and 85 percent since World War II. This is on us, and future generations will hold us responsible for our actions – then and now.

Inspiration from Britain
Some inspiration for optimists recently came from an unlikely source: central bankers and politicians in the UK.

Britain has been ridiculed in recent months for its inability to deal with Brexit. Nevertheless, amid the political chaos, the civil disobedience campaign led by Extinction Rebellion and School Strike 4 Climate has put the environment at the top of the agenda in the UK like never before.

And recently there have been two major developments.

Strong examples
Firstly, the UK’s MPs have unanimously endorsed a motion to declare a formal climate and environmental emergency. Formal advice was passed to the government to set a legally binding target to cut greenhouse gas emissions to zero by 2050. This target includes flying, shipping and all greenhouse gases, and it allows no offsetting of emissions abroad – making it the toughest of any major economy.

Secondly, Mark Carney, the governor of the Bank of England, together with his French counterpart François Villeroy de Galhau, recently endorsed an initial report representing a coalition of 34 central banks. The Network for Greening the Financial System will attempt to put climate change and its threat to the financial system at the heart of global financial policy.

The root cause
Ironically, if climate change issues are not dealt with, then the world will see a migration problem unparalleled in human history.

For now, as well as being the generation most responsible for climate change, we could also prove we are up to the challenge of tackling it. 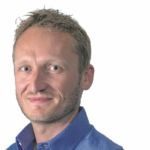 Daniel is the managing director of Nordeq Management (nordeqmanagement.com), managing cross-border investment projects with a focus on international corporate and tax law issues. Educated as a lawyer, Daniel also teaches in the International Business and Global Economics department at DIS Copenhagen. Daniel is passionate about mindfulness as a means of personal transformation.