 News in Digest: Optimistic about the economy - The Post 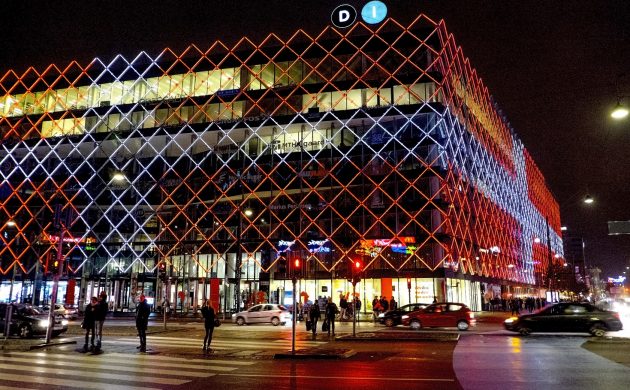 When an organisation with good taste in buildings says it’s optimistic, you listen
May 28th, 2017 7:00 pm| by CPH POST

There are definite signs that the long-awaited upswing in the Danish economy is imminent, according to new research from the confederation of Danish industry, Dansk Industri (DI), and a number of impressive first quarter results.

Thousands of jobs
Four times per year, the members of DI’s company panel are asked what their expectations are with regard to profits, turnover and employment for the coming quarter.

And the answers this time are more positive than at any time over the last six years, with DI estimating that 15,000 full-time jobs could be created during the first half of 2017.

Nevertheless, Kent Damsgaard, the deputy head of DI, expressed concerns about the lack of qualified labour, which can only be addressed by getting “people on the fringes of the job market into employment”.

Wind in their sales
Wind-turbine manufacturer Vestas has announced a turnover of 14 billion kroner for the first three months of 2017 – a year-on increase of 33 percent.

It has order-book figures worth up to 70 billion kroner, and its chief executive Anders Runevad is optimistic about its “good start to 2017”.

The Juice is flying
Joe & The Juice’s 2016 turnover has soared 36 percent to 551 million kroner. Even though it posted a 15 million kroner loss, the future looks bright following a rapid expansion that has seen 50 new locations open across the world.

Aside from operating over 60 stores in Denmark, Joe & The Juice also has outlets in the Nordic region, the US, the UK, Australia, Germany, France, Switzerland, Hong Kong, Singapore and South Korea, employing almost 1,000 people worldwide.

Reaping Russian rewards
Thanks to a strong showing in eastern Europe, the Danish brewery giant Carlsberg has unveiled 4 percent organic net revenue growth on turnover of 13.7 billion kroner for the first quarter of 2017, outperforming expectations.

Carlsberg attributed the 10 percent rise in turnover to a stronger ruble and a Russia that has been consuming less, but more expensive beer.

Maersk halts the slide
Q1 figures released by Maersk reveal that nine quarters of continuously declining results have finally been halted. The net group profit for the quarter was 1.73 billion kroner, a jump from 1.5 billion kroner the year before.

Meanwhile, in a bid to streamline its oil operations, Maersk has cut 139 jobs – including 16 from its drilling platforms. Maersk Oil, which employs 1,350 people, has been hit hard by falling oil prices in recent years.