 Opinion: Food cultured – what moving to Denmark taught me about real food - The Post 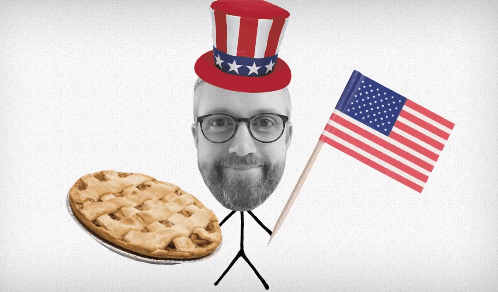 I never thought much about the concept of real food while growing up in America in the 1970s and 80s. But now that I’ve moved halfway around the world to little old Denmark, where food traditions remain strong, I’ve gained a new perspective on what went wrong in the States, and what it actually takes to eat healthily for the long haul.

A diluted US food culture
I come from a middle-class family in a medium-sized city in western New York State. When I was in fifth grade, I had my first health class where they told us to eat less sweets and fried food, more fruits and vegetables, and exercise regularly. But if it was so important, then why did most of my meals consist of things like peanut butter and fluff on white bread, dried fruit snacks with no real fruit in them, and over-caffeinated green sodas?

Well, it wasn’t always like this in America. My great-grandparents, who came over on the boat from Germany, would certainly have know what real food was and passed that knowledge along as best they could to my grandfather. But like other immigrant families, strong cooking traditions slowly got diluted through marriage and exposure to other cultures, making people more susceptible to new, more convenient ‘food-like’ alternatives.

My mother’s generation of the 1950s and 60s were no match for the new food innovations at the time like freeze-dried mixes, microwaves and TV dinners. Cooking became assembly. And to this day in the US you still need to differentiate between ‘homemade’ (assembled at home) and ‘from scratch’ (actually made from basic whole ingredients).

By the time I came around, any semblance of a traditional eating culture had been replaced by whatever the food industry decided to call healthy that week, and my idea of real food was pretty much non-existent. How could things have gone so wrong in just a few generations?

Well, it took moving to Denmark ten years ago to start putting it together. And it wasn’t because the food itself looked drastically different to the ‘meat and potatoes’ I grew up with. The big difference was in how it was prepared and consumed.

Danes ate things with simple ingredients like raw oats and milk for breakfast, put effort into food preparation like whipping cream by hand, and treated food with respect by continuing to eat meals around a table. Fast food and processed snacks were as available here, but somehow the Danes were protected by an invisible food ‘force-field’ that had been passed down to them from their parents and relatively unchanged for generations.

But don’t get me wrong: the traditional Danish food culture also has its challenges. Many popular dishes contain excess amounts of red and processed meat and lack fresh fruits and vegetables. My wife and I realised that if we wanted to really get on track with our diet, we had to start questioning everything from the bottom up.

For years we read up on popular food and health research, and debated over the findings around our own dinner table. We experimented with organic food prep boxes like Årstiderne, ate more vegetarian and pescatarian (vegetarian + seafood) meals, and grew food in our own backyard garden. But even as we started eating healthier it was becoming more and more difficult to balance other important considerations like our environmental impact and concerns about animal welfare, not to mention the practical and social implications of our choices.

10 practical guidelines to healthier eating
In order to navigate this complex and sometimes contradictory food choice landscape, we needed to establish some basic ground rules. And here are the ten guiding principles (see video below!) we landed on:

It’s not the knowing, it’s the doing
Those guidelines are definitely not perfect. They’re probably not ambitious enough for some of you, and too rigid for others. But don’t take my word for it –most of that advice can be found no further than both the US and Danish Health Departments’ current recommendations. Man, I could have saved a lot of money on books!

For most people it’s not about knowing the right thing to do, it’s actually doing it. For me it took switching countries midway through life and marrying someone who loves to cook and thinks it’s fun to talk about nutrition.

But that’s probably not on the cards for everyone, so the most important piece of advice I can pass along is just to begin taking food more seriously, because absolutely nothing is more important than your health, and nothing affects it as much as what you put in your stomach.

So don’t wait. Start with small steps like dropping the cola from your supermarket list, spending a little more for organic apples, or trying out a vegetarian recipe for dinner tonight, and then see how you feel afterwards. Your fifth grade self will be impressed! 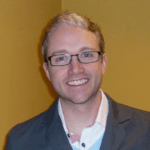 Patrick O’Toole is the cartoonist behind the Alphabetimals children’s educational brand. He grew up in Rochester, NY and went to college at nearby Syracuse University. He and his wife now live in Aarhus, Denmark with their children where he works as a cartoonist and digital experience designer.