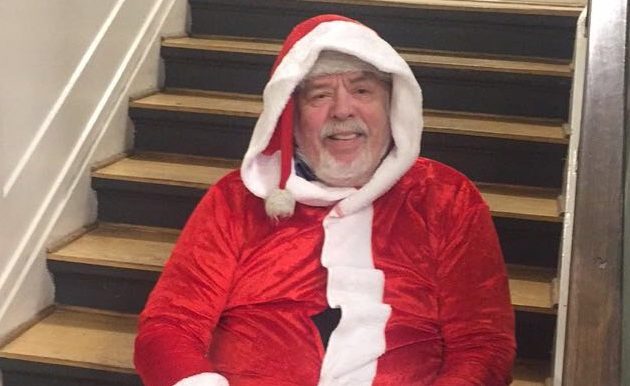 Looking in the mirror, not much shows up. The VLAK government’s hands are tied by it being the minority construction it is; only with the help of Dansk Folkeparti can it garner the 90 votes required to pass legislation.

Lacking in humanity
Whatever DF supports is inevitably connected to further austerities aimed at immigrants and refugees. The government – and even Socialdemokratiet – are fellow travellers in the race to the bottom.

This has been an extremely unedifying trend. Not even UN quota refugees are accepted, which puts Denmark on a par with Poland and Hungary – which is not good. Hopefully, 2018 will reveal a more humane attitude to this issue.

Wasting the budget
The 2018 budget law will probably be passed this week. It will – again, on behalf of Dansk Folkeparti – contain provision for more police (even mounted ones), a lot of border control installations and more control. It will probably be to no avail, as the checks will be random and people smugglers will always be smarter than the police.

In the meantime, the police are fighting street gangs who are shooting each other on the streets of Copenhagen. Their elders have apparently worked out a ceasefire and it seems to work better than mobile police stations and helicopters.

The crux of crime
Nobody in the political world, apart that is from Copenhagen Mayor Frank Jensen, speaks about the crux of the matter: the control of the drug market. 2018 will at least see a trial for medically-prescribed marijuana. The next step will be liberalisation, as 25 years of ‘the war on drugs’ has done little except waste police and judicial resources and Christiania remains as busy as ever.

When will government realise that something must be done? As an added bonus, street gangs and Hells Angels will lose their livelihoods and peace will come. Given that campaigns have reduced tobacco smoking to almost nothing over a decade, why would it be so devastating to liberalise cannabis?

TV licences outdated
Thinking back, it seems that lowering taxes on new cars was the most important gift to the nation. On the heels of this, we expect the public service radio and TV licence to disappear. Public service media will then be state-funded. This is about time as nowadays, even a smartphone is taxable.

Originally, it was the family altar, better known as the TV set, which was the target. The system has outlived itself. It also seems as if company smartphones are likely to become tax-free as well.

A bright future
However, the country is in good shape – and so is the Copenhagen Post. As owner and editor/manager I have stepped down and the company is now owned by three long-time staff members. Hans Hermansen is the CEO, Ben Hamilton the editor, and Christian Wenande the news/layout editor.

After 15 years I feel that this is the right time to go, even though I have not yet fulfilled my wish of seeing English established as an official second language.