 This Week's Editorial: Back to normal – whatever that is - The Post 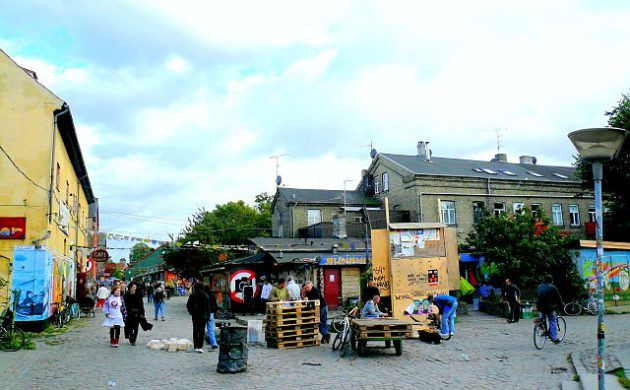 The big labour conflict is over. The teachers are in the process of voting to approve or reject the negotiated agreement. If they reject it they may expect a lockout over the summer holidays, but that would be like a striptease in the dark – nobody would notice.

Also, the crown prince celebrated his 50 birthday. He got more than 75,000 Danes out running – along with himself and his family. Danes are not only monarchists, they are proud of it too.

Silly season approaches
What now? The summer holiday is approaching. That means backbench politicians and mavericks will be airing ideas to appeal to the press, which has little to write about unless an unusually big ‘cucumber’ is demanding attention.
Henrik Sass Larsen, the leader of Socialdemokratiet’s parliamentary group, has made an early start by publishing a book that goes against his party’s stance by advocating the liberalisation of all drugs.

And even the police are deploying leftfield tactics in Christiania where locals have helped them to identify which stalls are operated by outside gangs and which are their own. It’s indicative of a growing understanding that when there is demand, supply will follow.

A joint venture
In the US we saw prohibition against alcohol turn society into lawless chaos. Maybe our politicians should take heed of this. Alcohol is still here and taxed to provide income for the state instead of wasting resources on police and prisons. Tobacco is also still here – its use reduced by taxes and campaigns, but not outlawed.

The general public are ignoring the warnings from experts and so there is only one way forward: controlled liberalisation of cannabis – a move backed by one-third of MPs.

We understand that the US state of Colorado has done it without any problems, and also Uruguay, while Amsterdam’s success story goes back decades.

The drive to the bottom
We are now about a year from the next general election. The latest poll has seen the blue parties retake the lead. Therefore the fight will be over the middle ground once again. The general theme will again be immigration, assimilation etc.

Venstre MP Marcus Knuth and the immigration and integration minister, Inger Støjberg, have reached new heights in Islamophobia. Now, Muslim bus drivers are branded a hazard during Ramadan since fasting and dehydration during the day might cause them to become a danger to the public.

In all seriousness these politicians spout this on TV – and look stupid. However it shows there is no depth unplumbed in the midfield politician’s race to the bottom when it comes to finding new nasty elements to dress up the arguments on Election Day.

In the meantime we will be seeing the high school graduates take to the streets with their white caps. This year there will be more students than ever before with a white scarf over their hair or a silver cross emblem on their cap. Let’s hope that time will be the requisite medicine to put the Islamophobic politicians back in their boxes.