Feel the Shamrock Love of the three-legged race and win a trip to Dublin!

Since its inception over two decades ago, the event has raised nearly 600,000 kroner for charity 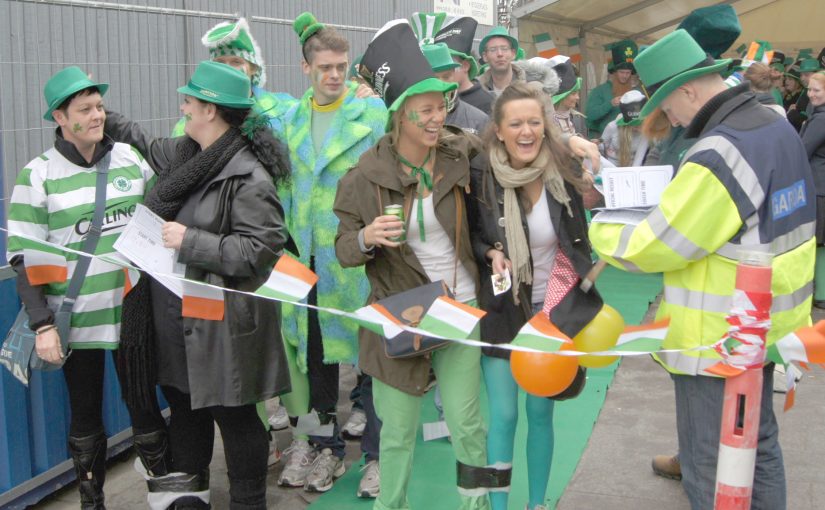 Brings a smile every year without fail

For the first time in its history, it has been possible to register to compete in the St Patrick’s Day three-legged race ahead of the big day itself.

Pre-race registration for Shamrock Love’s 3 Legged Charity Race 2022 began via the event’s website on March 1 due to the limited numbers allowed to take part.

There is only space for 100 pairs to take part – so 200 racers in total. At the time of going to press, there is still availability, the organisers confirmed to CPH POST.

Win a trip to Dublin!
Pre-race registration costs a minimum of 100 kroner per racer – there is no limit on how much each racer can donate – and must be carried out using MobilePay via 299333.

This could be problematic for anyone hoping to register from abroad, so don’t be surprised if Stockholm Seamu, Dublin Dermot or Oslo Orla enlists you into helping them – but bear it in mind there is a huge incentive to help them or indeed make a charitable donation of your own (via PayPal, GoFundMe, or bank transfer – learn more at shamrocklove.com/donate).

This year, thanks to race sponsor Guinness, a donor will win a trip for two to Dublin that includes travel expenses (up to 3,000 kroner), airport-hotel transfer both ways, two nights at a four-star city centre hotel with breakfast, and a day out at the Guinness Storehouse including lunch.

The deadline to qualify for the prize is 18:00 on March 31, and the winner will be announced on April 2 at around 15:00. Thanks to Guinness, all of the donation goes to charity.

Five pub pitstops
This year, the race will begin at Kennedy’s Irish Bar at 14:00 and head to The Shamrock Inn,  Pub & Sport, The Globe and finally The Dubliner.

Racers are advised to head to Kennedy’s from around 13:00 to collect their 3LR packs – new this year, the racers’ legs will be tied with reusable Velcro leg-ties.

The course is 2.6 km long. After Kennedy’s the racers will stop at three more ‘pit stops’ – The Shamrock Inn, Pub & Sport and The Globe – drinking half a pint at each, before a grandstand finish along Strøget to the finish line at The Dubliner.

Be warned: it isn’t easy. Bar-hopping’s hard when you’re tied to your partner and you have to co-ordinate your steps whilst downing beers.

However, the absolute majority of entrants are doing it for the craic, and very few run at all! For those who take part, it is an experience they never forget!

Never forget the blizzard
The principal organiser is Siobhán Kelleher-Petersen, one of the three co-founders of the race, who is the sister of Globe quizmaster John Kelleher.

According to Siobhán, the race has never looked back since becoming a fundraising event in 2007. And perhaps the most memorable race came a year later.

“I always smile when I think of St Patrick’s Day 2008, when we woke to a blizzard. I thought it would be a disaster and no-one would turn up,” she told CPH POST.

“But when I arrived down at Kennedy’s for the registration I saw them coming – over 200 of them! It was so cold, but we had such a blast, and we raised 21,500 kroner for charity, so it was a really great day.”