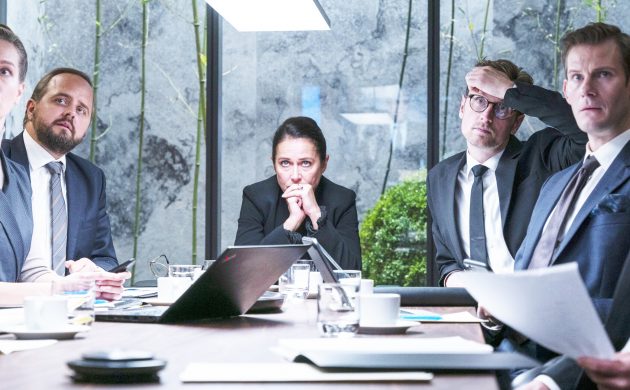 A former foreign minister ensured the plot was realistic enough in terms of the amount of skullduggery, duplicity and back-stabbing on display
July 30th, 2022 5:00 am| by Stig Toft Madsen

Borgen’ is the term used in daily parlance for Christiansborg, a large building with façades of grey granite in central Copenhagen.

The Danish word ‘borg’ means ‘castle’ or ‘fortress’, and the definite form ‘borgen’ indicates that this castle is not just any castle, but ‘the castle’ and, indeed, it houses the Danish Parliament, the Prime Minister’s Office, the Supreme Court and the royal reception rooms.

Christiansborg was built in the 19th century after the previous castle had burnt down. It is located on the islet of Slotsholmen, which has been the centre of power in the Kingdom of Denmark from the 15th century. Borgen is the physical manifestation of the Danish polity.

Era of female ascendence
‘Borgen’ is also the title of a TV series, which was first broadcast in 2010 and can be found on Netflix with English subtitles. The series revolves around Birgitte Nyborg and her rise to power to become the first female PM of Denmark.

In the recently released fourth season, she is no longer the PM, but the minister of foreign affairs – and a troubled one. Her ministerial berth, as well as her position as party head, are challenged.

The PM is also a female, and so are several other party leaders. The female journalist, who played a central role in earlier seasons, is now the head of the news desk – a managerial role that exhausts her. Thus, the new season of ‘Borgen’ is about the fraught politics in the era of female ascendence.

In the comparable US series ‘House of Cards’, President Claire Underwood appoints an all-female cabinet. Female dominance is less accentuated in ‘Borgen’.  Old-school male bureaucrats still work their magic from behind the scenes. ‘Borgen’ portrays women-of-power in such a manner that males may countenance, or even welcome,  the prospects of a female raj.

Melting fact with fiction
The plot revolves around faraway Greenland, where the local government enjoys self-rule. Driven by the prospect of lucrative oil revenues, the Greenlandic government enters a ‘Great Game’ in which Russian oligarchs and Chinese firms confront Danish interests.

In the process, Nyborg betrays her green profile to allow Greenland to exploit the oil with a Chinese partner, but the US looks on with increasing worry as the Chinese quickly erode both Greenland’s self-rule and Danish influence. In the end, Nyborg makes some hard choices about being a party leader and a minister. She needs to find herself again.

The series fluctuates between fact and fiction, at times adumbrating real events. Adam Price, the creator of the series, has a knack of melting facts and fiction into stories that are both realistic and imaginative.

In the late 1970s, US series like ‘Dallas’, and then later ‘Dynasty’, achieved global viewership, attracting fans from societies in which extended families collaborate and fight in much the same way as those depicted in the series.

As the anthropologist Steven Sampson observed, farmers in remote Romanian villages could recognise their own kinship dynamics among rich Americans.

‘Borgen’ is more focused on individuals, workplaces and nuclear families as constitutive parts of a sustainable polity. Dynastic politics pulls people into power whether they like it or not. ‘Borgen’ accords the actors more leeway in crafting politics as a vocation – and in failing to do so.

Slow poison of politics
Failure and disenchantment run through Season 4. The actors look older and try to act wiser. Some manage just that, but Nyborg herself repeatedly loses control.

In a recent TV series, ‘The Political Talk Show – Borgen Special’, the host discussed the risk of breakdown with a leading news journalist who developed blood clots due to stress, a party leader who had suffered bouts of anxiety, and an actor who had been too much in the limelight.

In the last show on April 6, the host talked to a female political journalist not unlike the female newsroom manager in the series, a former minister of foreign affairs, Martin Lidegaard, who had suggested to Price that rights to Greenland’s underground could be the fulcrum of the season, and to Price himself.

This insider-outsider group discussed politics as a slow poison, agreeing with Václav Havel that the best people in power are those who do not seek power, but adding, with the example of Nelson Mandela, that no-one achieves power without going for it.

Problems with the polity
The show ended with cheers for politicians, warts and all, but the fact remains that ‘Borgen’ points to real problems involved in the recruitment and retention of highly-skilled and principled politicians.

For instance, on May 1, Nick Hækkerup suddenly resigned as justice minister in favour of a job in the private sector. He said he had been thinking about leaving politics for some time.

Indian PM Narendra Modi was due to visit Denmark two days later. When Modi arrived, a new justice minister had been announced, received by the Queen, and installed in office in what appeared to be a smooth transition.

Hækkerup comes from one of the foremost Danish political dynasties. His daughter subsequently announced that she will join politics, but how many resignations and in-house successions can a polity endure before it loses its lustre?

Aristotelian by nature
The Greek philosopher Plato was no fan of drama – he considered it a poor copy of the realm of pure ideas. In contrast, ‘Borgen’ sets up a series of mirrors in which the play, the actors, and real-life politicians mimic each other.

Whereas Plato dismissed this hall of mirrors, Aristotle found virtue in the scope for reflection that drama creates. In that sense, ‘Borgen’ is Aristotelian. Drama makes a difference in making the polity visible.

According to the diplomat Peter Taksøe-Jensen, one of the architects of Danish foreign policy, Western institutions face a serious challenge in the coming decades. Denmark, he has opined, may turn out to be the last bastion of democracy in a world that is increasingly bowing to the will of autocrats.

But Price is not the gloomy type. Likewise, Nyborg does not give in. ‘Borgen’ would not disintegrate but evolve. 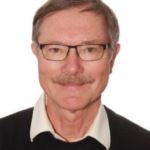 Stig Toft Madsen is a student of India/Asia with an interest in Denmark/Europe. He lives in Christianshavn but moves around for birdwatching