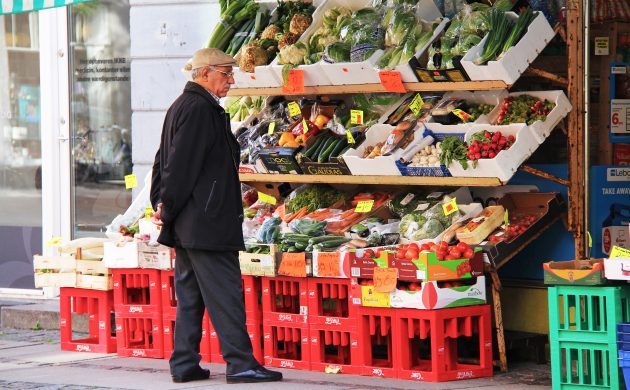 A basket of food and non-alcoholic beverages in Denmark is the most expensive in the EU, according to a Eurostat survey (photo: Pixabay/sharonang)
June 22nd, 2020 9:12 am| by Ayee Macaraig

Living in Denmark is not cheap and a new survey reveals it remained the most expensive country in the EU last year.

The Eurostat survey showed that the prices of food, consumer goods and services in Denmark were – at 40 percent more than the EU average – the highest level in the bloc. The finding is consistent with results from previous years.

Ireland, Luxembourg, Finland and Sweden were the next costliest countries, while Bulgaria and Romania had the lowest price levels. The survey, however, did not include Switzerland, which is the most expensive European country but not part of the 27-member EU.

Highest in food and clothing
The survey covered more than 2,000 consumer goods and services across Europe in 2019. It was conducted before the UK left the EU in January 2020.

By category, Denmark was the most expensive EU country for food and non-alcoholic beverages, as prices were 29 percent more expensive than the bloc average. Luxembourg and Austria came next – both 24 percent higher than the EU average.

At 32 percent more than the EU average, Denmark also had the priciest clothes. Sweden (18) and Finland (15) followed suit.

Alcohol not the priciest
The Scandinavian country also topped the list for the most expensive hotels and restaurants, which were three times more expensive than those in the cheapest EU country, Bulgaria.

As for personal transport equipment or cars, motorcycles and bicycles, Denmark again was number one at 38 percent more expensive than the EU average.

Denmark’s booze and cigarettes were only the fifth most expensive in the EU – 19 percent more than the average –  well behind Ireland (88).