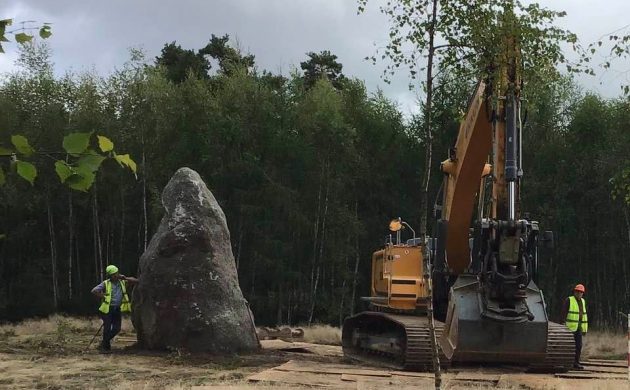 Høj Stene, an enormous stone monument deep in the forests of central Jutland, has this week seen the start of a reconstruction process organised by Moesgaard Museum.

The monument is believed to be around 1,400 years old, and the placing of each stone would have then required the effort of 240 men.

Denmark is littered with the remains of stone formations, but Høj Stene remains remarkable in its own right. Not only is it the largest, but it also represents the first time archaeologists have been able to confidently ascertain its purpose as a grave site.

The monument will officially be opened on October 8, with Favrskov Municipality eagerly hoping it provides a boost to the number of visitors to the area.

Calls for Nordic co-operation amidst continuing health crisis
Members of the Nordic Council of Ministers have emphasised the need for continued and increased co-operation among Nordic countries in battling the coronavirus pandemic. Testing, detection and isolation were the fundamental factors agreed upon by each nation’s health minister, and it is hoped that their differing experience in tackling the pandemic can prove useful as they learn from each other going forward.

Cover of darkness no protection for raccoon dogs
From February this year it became legal to hunt raccoon dogs with night vision sights, and it is a move that has already started to pay off. One hunter, Jytte Paarup, told DR that her new scope had more than doubled the number of dogs she has managed to take out this year. The species is considered invasive in Denmark and poses a threat to native wildlife: it has no natural predators and numbers have risen exponentially in recent decades

Burglars out of work
During this year’s summer holiday period, a record low number of burglaries were reported – down 27 percent on last year and 42 percent on 2015. COVID-19 played a role, with more people spending the period at home, but increased focus from police and Nabohjælp has also played a crucial role.

Escape from it all: buy your own private island
The island of Masnedø Kalv, located just south of Zealand, has come onto the market. Such sales are extremely rare in Denmark and this one boasts an intricate history, a cottage, and rich opportunities for fishing and hunting. It does, however, come at a price, with the future island-owner expected to fork out 10 million kroner.

Mobile test centres race to Frederikshavn
Frederikshavn Municipality will benefit from the arrival of additional testing facilities as infections rise in the area. The new units have been sent across from North Jutland in an instance of inter-regional co-operation and support. Tests will be available without appointment at a number of facilities for those over the age of two.