Not everyone has been happy with BLM Denmark (photo: Facebook BLM Denmark)
October 18th, 2020 5:00 am| by David Zepernick

My mother, with her half-African background, was Albertslund’s very first non-western immigrant, and that bloodline has been diluted one more time with me. So it was a pretty easy choice to make when I heard about the Black Lives Matter march in Copenhagen on June 7.

But even though I support the cause – and am utterly against racism and racial discrimination, and am both angry and indignant about police violence against black people in the US, among other things – I will be staying home the next time there is a demonstration.

Choosing sides
Those who have both black and white parents or grandparents – the results of often complex bridge-building between races and cultures – often become homeless and alienated in the racial division that the organisers of the BLM march insisted on, whereby black participants were asked to stand at the front and white people at the back.

Can my mother – half black, half white – lead the demonstration? Or can I, a person who has been diluted one more time – and what if I bring my kids along. They barely divert from the ‘average Dane’ as far as looks are concerned? Where does my family fit in at this demonstration? The answer is nowhere, and that is exactly why we’re staying home the next time around, though we support the cause.

‘Well-meaning’ division?
Many of my ethnic Danish friends arrived at the same conclusion, and I understand them. It’s hard to protest for equal rights and equal treatment, or against racial discrimination, if you don’t feel like you’re welcome, or seen and heard as an equal, or if you even feel you’re being discriminated against.

This ‘well-meaning’ racial division is thus alienating for both us, the ‘mixed products’ (I myself use the term ‘nougat Danes’), and for the ethnic Danes who sympathise with the cause. And, by the way, the indignation and anger of these Danes, concerning police violence in the US, is just as real and heartfelt as mine or that of Bwalya Sørensen, the spokesperson for Black Lives Matter.

Listen to Hørup
In the 1880s, Radikale founder Viggo Hørup asserted that, in a democracy, people must divide themselves according to their views and opinions. This point is just as valid today as it was back then, and it also applies to the protests that are now, as before, a part of the political debate.

The idea of dividing people according to their race is leading us in a dangerous direction, no matter which side pushes this agenda. Some dig trenches and others build bridges – extremists on each wing belong to the former category. 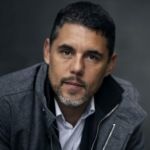 Since his election in 2017, David has represented Radikale on the Frederiksberg Municipal Council. He is also the chair of the Safe and Alive Foundation.