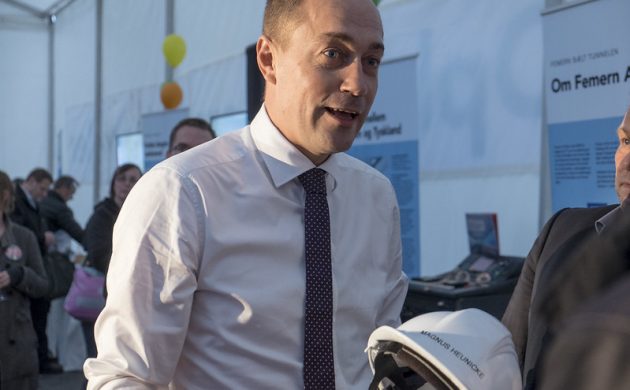 The health minister says that the pandemic has a hold of Europe once more (photo: Johan Wessman/News Oresund)
October 19th, 2020 1:11 pm| by Luke Roberts

Though we are not yet back among the figures seen at the height of the pandemic in March, there has been a worrying increase in the proportion of tests returning positive in recent weeks.

“The highest we’ve seen in a long time”

In yesterday’s update, Statens Serum Institut announced that 461 new coronavirus cases had been recorded in Denmark in the previous 24 hours. With nine more people hospitalised, and a total of 17 currently in intensive care. Via a post on Facebook, health minister Magnus Heunicke outlined the current situation in Denmark and abroad.

“Last week a larger percentage of those tested were positive for coronavirus. The so-called positive percentage has risen… [On Thursday] the positive percentage was up to 1.3 percent. The level we are currently seeing is the highest we’ve seen in a long time. That development worries me,” Heunicke stated in his post.

Signs of success?
The positive percentage itself is not necessarily a sign that the fight against coronavirus is going badly. If testing is being directed to the right places, this could in fact be an indicator that a targeted approach is working successfully.
On the other hand, if tests are being undertaken in much the same way as they were before then this would be cause for alarm. The minister is hopeful that it is a case of the former, citing a belief that perhaps fewer people have wanted to be tested during the autumn holidays.