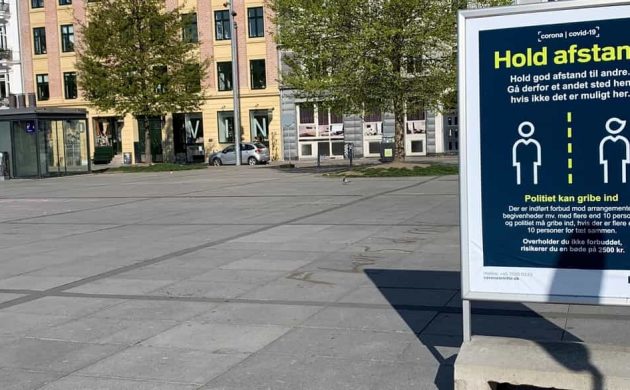 The changes come after days of criticism from the blue parties and Radikale (photo: Marie Bilde)
July 16th, 2021 1:41 pm| by Kasper Grandetoft

The limit determining when a municipality or parish will be shut down has been raised.

Days of criticism
The changes come after days of criticism – especially from the blue parties and Radikale – as several parishes had been on the brink of closing, including Copenhagen and Aarhus.

The critics argued that the rules no longer applied to the current situation and that the risk of overloaded hospitals are no longer a concern.

No disproportionate shutdowns
Today the health authorities announced they wish to avoid any “disproportionate” shutdowns and Statens Serum Institut has assessed that raising the limit for an automatic shutdown is justifiable.

“The limit is raised as a result of the vaccine effort moving along rapidly and the fact that the majority of older and vulnerable groups, who so far have been in risk of serious illness, have been fully vaccinated,” the press release said.

The new rules apply from today, July 16, and will most likely stop several municipalities and parishes from closing down.

Second Pfizer dose available a week earlier
If you’ve received your first jab of the Pfizer vaccine and are waiting for the second, it’s now possible to reschedule your time to a week earlier. Sundhedsstyrelsen has changed its guidelines and now recommends that the second dose of Pfizer can be given after three weeks instead of four. “This means that you have the opportunity to be fully vaccinated earlier,” the health authority wrote in a press release. For the Moderna vaccine, the recommended waiting time is still four weeks between jabs.

Some 8 percent bring back the virus after visiting Spain
In the previous week, 8 percent of new corona cases have consisted of people who have been infected while on vacation in Spain. Health officials urge tourists to be extra careful, since the Delta variant is spreading fast in southern Europe. “We have generally seen an increased infection rate in Spain and most of the country is now yellow according to the travel guide,” explained the Foreign Ministry to DR. However, the authorities do not advise against travel to Spain. Instead tourists are encouraged to follow local restrictions and avoid situations with a high risk of infection.

Young people make up half of all hospitalized with COVID-19
The younger age groups being last in line for the vaccine is illustrated at the hospitals, where they now account for over half the patients. The 20-29 age bracket accounts for 38 percent. The health authorities see the tendency as a positive sign and an indication that the vaccine is working for the older and more vulnerable groups. There are currently 51 people hospitalised with COVID-19 in Denmark.