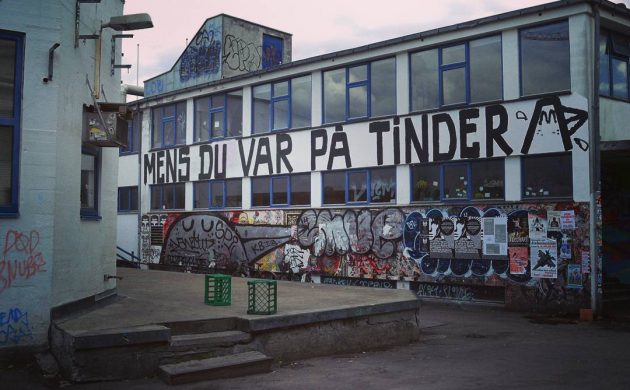 KB18, one of Copenhagen’s best underground techno clubs and a casualty of the corona crisis, is in the middle of the proposed ‘nightlife zone’ in Kødbyen (photo: ATD S-L / Flickr)
September 2nd, 2021 1:15 pm| by Lena Hunter

From September 14, Copenhagen Police will establish four ‘nightlife zones’ from which those who have committed certain types of crime will be banned during the night.

The four zones cover the areas around Gothersgade, Vestergade, Vesterbrogade and Kødbyen. Violations of the law that can result in a nightlife ban are those involving vandalism, knives, small arms, weapons and explosives.

“The four areas have been chosen because they all have a high concentration of pubs, which attract a lot of people. These particular streets also see more criminal offences and violent incidents than anywhere else on the nightlife scene,” explained Anne Tønnes from Copenhagen Police.

Banned from entry 24:00 – 05:00
Specifically, a ban prohibits entering bars, bodegas, clubs and restaurants or “moving around” in the nightlife zones between midnight and 05:00.

The groundwork for the initiative was laid on 1 July 2021, when a law was introduced making it possible to ban certain law-breakers from restaurants and bars during the night.

The law also specified a ban from ‘nightlife zones’ – but it’s only now that these zones have been concretely defined. Breaking the ban once incurs a 10,000 kroner fine: twice or more will result in 30 days’ imprisonment.

“Nightlife zones are a tool to increase the security of nightlife. By preventing people with a proven violent crime record from entering the zones at certain times, we can help deter potential further violations.”

“It can also help to give victims of violence reassurance that their assailant is not allowed to move freely in these highly trafficked nightlife areas,” she said.

The justice minister, Nick Hækkerup, also voiced his support for the scheme.

“Before corona, we saw several horrific episodes in which innocent, young people were assaulted in popular nightlife areas, including in Gothersgade. There’s absolutely no place for that,” he said.

“Now that we are reopening, the four zones will help make it safer for the victims of violence and everyone else to go out onto Copenhagen’s streets at night,” he said.

More information
The four nightlife zones are valid until 13 September 2023. Two years – with the possibility of extension – is the standard duration, but police can establish nightlife zones for shorter periods in connection with, for example, a festival or other events.

You can see map and a more detailed description of the four nightlife zones here.