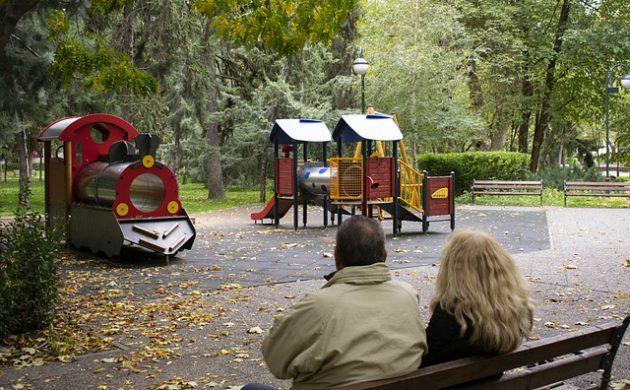 Even playgrounds can trigger feelings of despair (photo: Pixabay)
September 12th, 2021 5:00 am| by Janine Ford

You’re lucky you don’t have kids …”

Ever made this remark to a childless friend or relative? Chances are, you’ve unintentionally stepped on a landmine of grief and loss for the person on the receiving end. On average, one in five women in the developed world does not have a child by the time they reach 45 (in some countries it’s as high as one in four).

Of these childless women, 90 percent are childless not by choice. For some it’s due to infertility, but for the greater part, it’s by ‘circumstance’. There are similar, if not greater numbers of childless men too. (According to Danmarks Statistik, one in eight women in Denmark are childless by the time they reach 50 years; for men, it’s one in five.)

Shrouded in shame
Despite the high numbers of those childless not by choice (which come as a surprise to many), the experience of the involuntary childlessness is a silent one, shrouded in taboo and shame.

Too often, us childless folk are complicit in the silence, simply because that’s what society expects of us: to not talk about it, to just get on with it and be grateful for the lives we’ve got, with our long sleep-ins, regular dining out and exotic travels.

Yet, for the childless person, this is a very real, living loss. With every milestone for others – first day of school, graduation, weddings, becoming grandparents – comes the reminder of a life missed, a life dearly wanted.

Lack of acknowledgement
It’s also the changes in relationships that come with childlessness. From the feeling of isolation among parent friends, who gravitate to others with children, to our strained familial relationships as the focus zeros in on our siblings’ children, we increasingly experience exclusion in everyday conversations.

It’s what is known as a form of ‘disenfranchised grief’, where the loss is neither witnessed, heard nor acknowledged by the communities we live in. It is one that is ever present, at some level, even after years have passed.

As if navigating this loss is not hard enough, there’s society’s judgment of us. There are assumptions we are selfish and career-orientated, and that we don’t like children. There’s the notion that we are not contributing to society and that, somehow, we are not as worthy as parents. The preface, so often heard, “as a mother …” says it all.

But we the childless are coming together, seeking to bring about a cultural shift in the way society views and treats us. We are realising that if we are to change this narrative, we must tell our stories. All around the world, we are coming together to support each other, bring awareness to our experiences, break the silence concerning childlessness and show by example that life can be happy and meaningful without children.

A week to be heard
One powerful initiative, the World Childless Week (WCW), is taking place from September 13-19. Now in its fifth year, this online international event reaches 97 countries. It’s an opportunity for all of us who wanted children, but for various reasons didn’t, to take part and meet others in the same position who ‘get it’. It’s a chance to find support and strength in a community.

Each day will cover a dedicated theme, such as ‘Have You Considered Adoption’ – why we hate this question and why it’s inappropriate to ask it – and ‘Leaving a Legacy’: because parenthood is not the only way to contribute to society or leave a legacy. Access to the week’s webinars is available for free on the WCW website.

A local organisation for the childless not by choice in Denmark will be supporting WCW with a picnic on Sunday 19 September at Kongenshave. For those interested in joining, contact This Unknown Place through its website.

And for those who make throwaway comments, involuntary childlessness is a really tough experience. Please don’t make it worse. 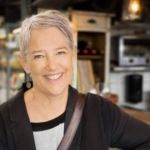 Janine Ford is a New Zealander who has been living in Denmark with her Danish partner for eight years. She is childless not by choice and is the co-founder of This Unknown Place.