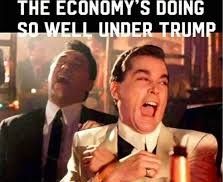 Part of the media’s role in politics is to sort out the spin from the facts.

In terms of analysing the American economy, the media have failed. They have wholeheartedly embraced the Trump administration’s narrative that America is witnessing a groundbreaking performance when, in fact, the performance is decidedly average and well below the Trump’s administration’s goal.

Subscribing to a sham
With the 2019 figures in, the average growth rate for the last three years has been 2.5 percent. This is below the average since World War II, broadly similar to President Obama’s second term, and well below the 4 percent President Trump promised (the Clinton administration, uniquely in recent decades, got close to this figure).

To make these bald numbers worse, this is after an unfunded tax cut that inflated the figures and pushed a significant liability onto future generations.

Stock prices are at an all-time high, but this only benefits selected individuals and tells us little about the living standards of ordinary people.

Bucked off that horse
Let’s now turn to one of President Trump’s hobby horses: trade. The president previously alleged that he would stop other countries “cheating” the US – but the statistics show a higher current account deficit under Trump than Obama.
Most significantly, the huge trade deficit with China has been historically high in recent years – despite the president’s dubious claim that “trade wars are easy to win”.

Most of the initiatives launched by the administration have been quick hits: like unfinanced tax cuts, or a reduction in environmental legislation.

One policy the administration did have, which would have increased the economy’s long-term potential, was a fund to update the US’s decrepit infrastructure (over 50,000 bridges are structurally deficient). However, this project has slowly died, emphasising the short-term nature of thinking.

Economy of truth, stupid
Finally, the one metric for which the economy is doing well is consumer confidence, but it would be circular logic to use this as proof it is succeeding. It’s hardly surprising ordinary people feel the economy is moving in the right direction, when the media is full of talking heads outlining the latest ‘gangbusters’ performance.

Instead of accepting the Trump administration spin, the media should do its job and scratch beneath the surface. There you will find short-term thinking and a relatively average economy that isn’t even matching Trump’s own yardsticks. 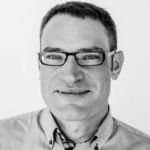