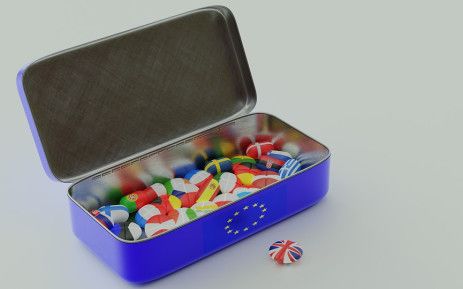 At midnight on 31 January 2020 CET, the United Kingdom officially left the European Union. At the same moment, roughly 18,000 British citizens living in Denmark ceased to be European citizens.

In the UK many celebrated and many mourned.

No initial change
So is Brexit the end of the Brexit process? In reality, it is just the end of the beginning. On February 1 the transition period began, and it will run until the end of December 2020, unless both parties agree to an extension. Boris Johnson, the British prime minister, has already said he won’t ask for an extension.

During the transition period, the UK and the EU have agreed to carry on as if the UK was still in the EU. The UK will remain in the single market, and the customs union will continue to pay contributions to the EU. People will still be able to move freely. What has changed is that the UK will no longer be represented in Brussels.

Busy year ahead
At this stage, we don’t know what form the final trade agreement between the UK and the EU will take. The UK will be negotiating simultaneously with other countries around the world, including the USA and China.

Eleven months is not a long period in which to reach an agreement, and there is a significant distance between the opening positions.

Prepare yourself for countless references to the Canadian model, fishing rights and level playing fields. There is still the possibility of a ‘No-deal’.

Seek advice!
There are still many unknowns, but most businesses now have plans. These plans reduce the risks, so keep them up to date.

The businesses that do not yet have plans should be getting on with it. Make use of the guidance available from the UK government, Danish ministries and industry bodies, including the British Chamber of Commerce. Contact us if you need help.

Friend not foe
Companies need to be aware that many British citizens living and working in Denmark have concerns – often based on social media rumours. Check that they (and you) are aware of the advice being given on the UK.gov site and by the Danish Foreign Ministry (available in English).

So the UK is no longer part of the EU, but Britain and Denmark have so much in common and so many shared interests. Let’s make sure that we continue to build on our existing relationships and seize the new business opportunities.