You’ve made it through the worst. Only four more courses left until you can truly claim you survived a Danish Christmas (photo: iStock)
December 25th, 2016 8:48 pm| by admin

Ah, the holiday season. Or Christmas season, if you prefer. I have no desire to open that silly can of US worms, so call it whatever the hell you want to.

On the first day of Xmas
One of the fun parts about moving around the world is discovering that holidays are celebrated differently by people in different parts of the world. Even by those of us that share a common language. Boxing Day? Don’t even ask.

Of course, here in Denmark, they have their own time-honoured traditions as well. The birth of the most important figure in the Christian canon is celebrated by the release of a seasonal brew, and, as the first evening of Christmas progresses, projectile vomiting and public urination by hordes of teenagers wearing blue, flashing Santa hats. It brings a tear to a sentimental old heart.

It’s coming off, just not now
Then there are the julefrokosts: corporate Christmas bacchanalia where, according to stories printed in this very newspaper, exactly 102 percent of the population cheat on their partners after consuming herring, schnapps and the aforementioned Christmas swill. There is something potent in that fish. Little wonder all the children born to people who work for large Danish companies look vaguely, eerily similar.

Imagine my shock the first time my then very new Danish wife was getting ready for her company Christmas do, and I said: “I don’t remember you mentioning it.”

“What the hell do you mean I’m not invited? If I’m not invited, then you sure as hell aren’t invited either. At least not in that dress.” She had a grand time.

Dinner for two … days
My first Danish julefrokost was also my first experience at a real, long, loooooooong, marathon-length Danish dinner. My wife warned me to take it easy as the first courses of little fishy things … and schnapps, of course … rolled out. I, being a large American fella with an equally large appetite, scoffed at the idea I could somehow get full on little squares of dark bread with pieces of fish chased by tiny shots.

I was green, drunk and taking a nap on my mother-in-law’s couch before the flæskesteg even appeared. It didn’t matter, of course. I caught my second wind and rejoined the table the next day, where the feed was still going strong. Okay, that is a slight exaggeration, but is there any other culture on the planet where a sleeping bag is a necessary accessory to have at a sit-down dinner?

Accident and emergency
And then there’s that whole dancing around the Christmas tree singing Christmas songs deal. With lighted candles on the tree. By people that have been drinking pretty much since the Christmas beer was released at the beginning of November. What could possibly go wrong?

I would have never survived until adulthood had I been a child at Christmastime in Denmark. The gifts are there. Waiting. And instead of simply ripping into them in a maniacal, frenzied fashion the way those of us from civilised countries do, there is yet another interminable meal, a yearly trip to the empty-every-other-day-of-the-year local church, and then, slowly, painfully, the gifts are opened, one-by-one, oohed over, examined, taken out of the boxes, assembled, broken and then (and only then) the next gift is opened.

Oh well, when in Rome … or Zealand; the holiday season is indeed upon us. Whatever your persuasion and method of celebrating … enjoy. 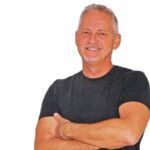