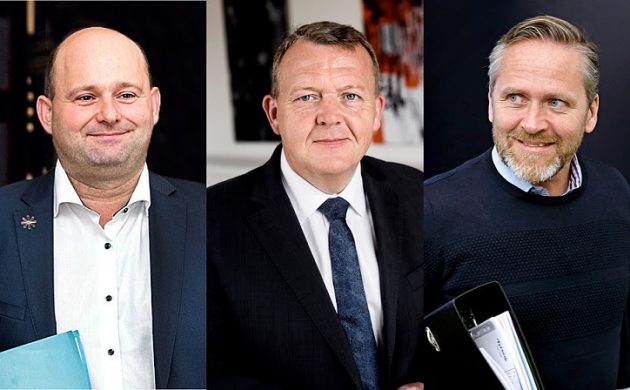 PM Lars Løkke Rasmussen has once again shown his craftsmanship in the noble art of cliffhanging.

Grounded before lift-off
The weakness of his minority government was exposed when its big vision for the country’s future did not fly. Instead it crashed against an ultimate demand from Liberal Alliance – former right-wing members of Radikale now firmly in the blue bloc – that the top tax bracket should be cancelled or there would be no support for the government.

It came as some surprise that party leader Anders Samuelsson climbed the ultimatum tree and did not look down. Nobody wanted a general election, so a solution had to be found.

Firstly the PM took the budget for 2017 out of the agenda and thereby effectively grounded everything else his government had been working on. In its place came a copy-paste from 2016. With no growth in sight and no immigration threat either, it was a piece of cake. Now came the tricky part.

Well placed for power
We are one year from the local elections and over two from a general one. The polls indicate that Socialdemokratiet is in a favourable position to gain momentum and present itself as the natural opposition and its leader Mette Frederiksen as the next PM.

In the balance is Dansk Folkeparti. It is the biggest blue party in Parliament, but it has two problems to digest.

One is the new right-wing anti-immigration party Nye Borgerlige, which is expected to take five to ten seats – mostly thanks to DF voters who believe their party is too soft on immigration.

The other is the ugly stain left by the abuse of EU funds that has left their wonderboy Morten Messerschmitt on sick leave. No general election right now, please.

Off his high horse
So it was a fascinating piece of arithmetic when the PM invited what is now a tiny Konservative party and Liberal Alliance to join the government ranks, thus allowing Anders Samuelssen to slide off his charger to land in the chair of the foreign minister.

The move is a good one for him, as it will allow him to quickly develop a serious profile and help the electorate to forget that he is partial to the odd game of chicken. Will there be retribution? Time will tell.

Tedium beckons
So the big plans have been binned. It’s a pretty safe bet that the next two years will bring very little in terms of legislation.

The Europol problem looks like it has gone away, and nobody dare say referendum until we have seen how Brexit unfolds.

A government commanding fewer seats in Parliament than the biggest opposition party does not form a dynamic force. However, the crisis is over for now, and there are no obvious pitfalls ahead.

It may be a blessing, and not even in disguise. Remember: one plus two is far from four.