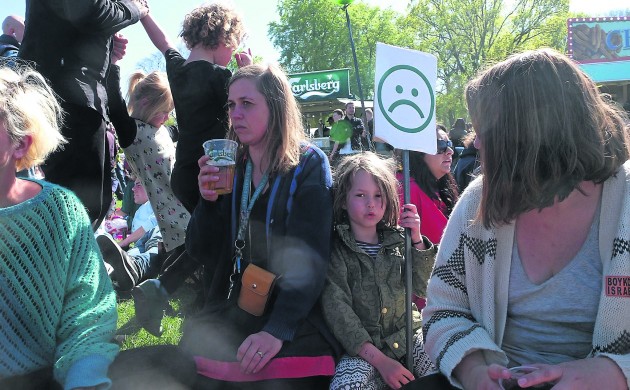 International Workers’ Day this year will hopefully be a nice spring day. The world is not fully at ease, but it appears to have Syria and North Korea under control, as well as the refugee headache in the Middle East. The problems are not over, but seem less intense.

The African tragedy, with migrants drowning in huge numbers, will also have to be controlled somehow. Illegal people traffickers must be put out of business and the Arab Spring movement should have another go at it.

The G7 countries must help, now that politicians all over the industrialised world are daring to tackle the problems again after having picked up on their electorates’ increasing fears and temporarily retreated into reaction and isolationism.

Keeping on keeping on
Now we see the Front National, Alternative für Deutschland and even Nye Borgerlige in Denmark seemingly having reached the zenith of their influence, and populations quietly going about their business in spite of sporadic terrorist attacks. Hiding behind fences is futile when local ‘hearts and minds’ still become radicalised from time to time.

The biggest challenge for the Western countries – and thus to Denmark as well – is therefore to focus on the integration and assimilation of elements who feel frustrated. The political process has morphed into a non-constructive, hostile attitude, with the government and opposition competing in austerity measures to please the voters.

Positive politicians wanted
Our politicians should use their May 1 speeches to address the problem in a humanitarian and constructive way. The latest estimate is that the government spends 30 billion kroner per year on integration, but this has been done in a counter-productive fashion. Border controls, which anyone involved will tell you are a joke, are tying up the police capacity and keeping them from other tasks.

The media have played a somewhat shady role by misusing the word ‘crisis’ for problems that just need a calm hand to be solved. We urge a May 1 attitude that does not include the misuse of crises and joyfully unites us all in appreciation of the world being a more and more manageable place to live in.

We should stretch out helping hands in solidarity instead of using the ostrich tactic of hiding our heads in the sand. (ES)