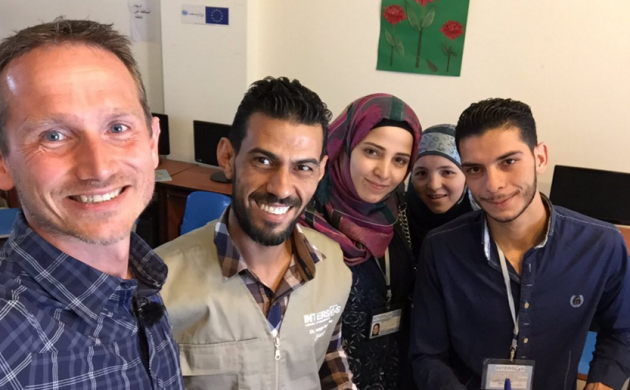 We guess Kristian Jensen will share the blame with the other 747 former tax ministers (photo: Kristian Jensen)
May 21st, 2017 7:00 am| by Ejvind Sandal

A parliamentary majority consisting of opposition parties has formed a coalition to demand an investigatory commission to scrutinise 10 years of mismanagement within the tax system.

Poisoned chalice
Over the past decade, the role of tax minister has become a poisoned chalice very few desire. They quickly realise that Inland Revenue has few friends outside the Finance Ministry and can’t wait to jump ship at the earliest opportunity.

So why bother with a commission, when it is clearly just another lost cause in the sad story of the tax department? Mismanagement is not a crime, and besides, a number of bosses have been fired already, and all the senior managers and permanent secretaries will have retired before the investigations are completed.

The most visible profile among the culprits is the present minister of finance, Kristian Jensen. He is also Venstre’s vice-chairman and the most likely successor to the prime minister, Lars Løkke Rasmussen, if he steps down before or after the next general election, which is in about two years’ time.

Umbrella needed
Jensen was in office as tax minister longer than most of the gang and is therefore the most likely candidate to stand next to the fan when the shit hits it. The other former ministers are either over the hill or backbenchers.

The list of toxic issues is long: billions in uncollected taxes; chaotic IT systems; naivety – to say the least – in letting criminals help themselves to refunds; abandoning efforts to collect debts; and the property tax fiasco.

The population is alarmed, as the billions are written off as losses. The man in the street finds it out of proportion that he is paying more than 50 percent on his earnings and, at the same time, billions are disappearing into thin air. Who can explain what a billion looks like?

In terms of the total revenue stream, it is not really too alarming, but seen as a political and moral issue, it is only fair someone must be held responsible.

Plus ça change …
We must caution against the high hopes of that happening. Unqualified management and political pragmatism tend to erase responsibility.

Millions will be wasted on lawyers and experts. No smoking guns will be found. When so many are guilty of negligence, sadly there will only be a little responsibility for them to shoulder.

Kristian Jensen is already performing damage control by admitting the organisational changes caused by centralising the collection services were badly timed and poorly prepared. There goes the responsibility for 100 billion!

The lines of the song are turned upside down when the bad boys are laughing and the good guys finish last.

Throughout history, taxes ought to be paid on earth – not in heaven. We could have told them that without an investigatory commission.