 The Road Less Taken: Blind to gender gaps, but not age gaps - The Post 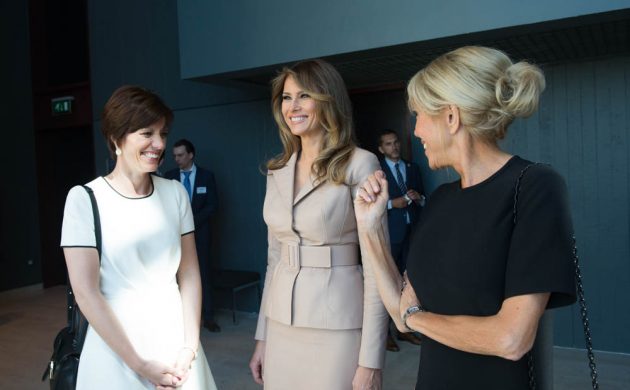 Melania Trump and Brigitte Macron – Both separated from their spouses by decades, but only one the focus of debate. (Photo: The White House)
June 17th, 2017 7:00 am| by Jessica Alexander

Recently there has been some uproar about the new French president Emmanuel Macron’s older wife.

Double standards
There was some speculation that “he cannot love his wife” because she is 24 years older than him.

It’s a valid and interesting point and one that begs the question: considering all the work we have done for gender equality and women’s rights – do men and women really have equal rights to age?

Blinded by Hollywood
I have been married to a Danish man for over 17 years and I distinctly remember when I first started watching Danish films and television. I found it odd that there were so many ‘older’ women cast in the main roles – even sexy ones. When I think about my reaction now, it’s laughable.

These were not older women, but rather ‘normally’ aged women for the parts they were playing. I had become so used to watching females with scarcely a wrinkle of experience playing the parts of older women that I had never even thought to question it. It seemed completely reasonable that someone with a high flying career, three kids and a much older husband could also pass for a college student. That was what my culture thought success was supposed to look like.

The US lands at number 45 (not surprising if you listen to our president) and the UK at 20. Italy, a country notoriously run for years by an old man who has slept with several underage women, rather unsurprisingly lands at 50.

A link to happiness
What I wonder is this: does gender equality also extend to a woman’s right to age? Is Scandinavia better at promoting equal ageing rights through media, film and societal messages? And if so, could this be another reason why they are consistently top of the happiness charts?

Camilla Semlov, a Danish social worker and author, says: “I think in Denmark we use ‘older’ women in film because it’s realistic. For us it’s very important to identify with something as real. We all get old, men and women, and that’s okay. Women getting older is beautiful!”

A glance at recent worldwide plastic surgery rates reveals that the US leads the way, with the Scandinavian countries nowhere in sight. These surgeries may make some of us look younger, but do they really make us happier? And are women more motivated to go under the knife than men because getting old is seen as unsuccessful? How many images of middle-aged women would make us think otherwise?

Talk about it. Think about it. This is gender inequality and it has insidious effects. Maybe if we start being more aware of it, we can better teach our kids to ‘keep it real’. They might just grow up to be happier for it. 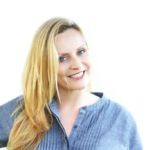 Jessica is a bestselling US author, Danish parenting expert, columnist, speaker, and cultural researcher. Her work has been featured in TIME, Huffington Post, The Atlantic and The NY Times, among others. She graduated with a BS in psychology and speaks four languages. She currently lives in Italy with her Danish husband and two children. Find out more at jessicajoellealexander.com.