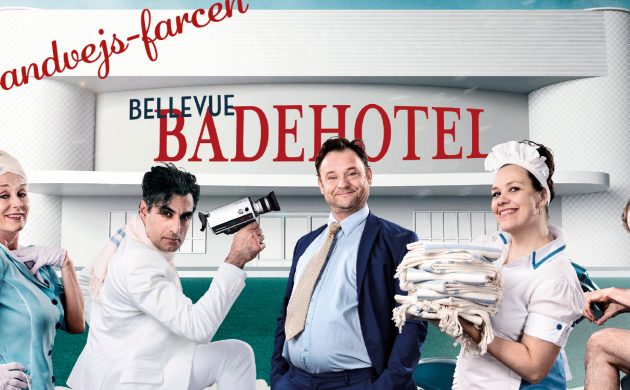 Fortunately she’s brought towels to soak up the tears of laughter
June 2nd, 2018 6:00 am| by Vivienne McKee

It’s June! Hooray! Flowers bloom, bees buzz and the sun appears − well sometimes − and those normally shy Danes speed around on their bikes half-naked, chatting happily on their mobiles.

Summer’s insane smile
Yummy mummies sit outside at cafes instead of inside watching their prams through steamed-up windows. At last we can forget about hygge. Who needs candles, conviviality and cosiness when we can be outside, grilling in the garden, biking along the beaches and, being truly Danish, attending the local summer ‘revy’.

Every town and village produces its own revy show. You’ll see posters plastered everywhere of actors sporting Miami-style outfits, smiling insanely. The Danes love their traditions and it is absolutely de rigueur to see at least one of these shows during the summer.

I enjoy this to my benefit during the winter months, as my annual Crazy Christmas Show in Tivoli has become, after 36 years, part of Copenhagen life. When I tried to stop this year, those tradition-loving Danes protested so much that I have now agreed to continue, and I guess I will go on until someone pulls me offstage in my wheelchair with a long hook.

Similarly there is no stopping the annual Dansk revy − a theatre genre that has existed for over 100 years and can be said to really reflect Danish humour.

Satirical, sentimental
Called ‘lagkage’ (layer cake) comedy, it is a slice of the past, and the much-loved revy numbers are kept alive at the Revy Museum in Frederiksberg.

The show consists of a team of musically-talented performers who sing a welcome song about how lovely Denmark is in the summer, which is then followed by about 90 minutes of funny sketches and songs. Some are mildly satirical and involve dressing up as celebrities or politicians, and some are simply sentimental.

These shows have created stars out of the actors who perform in them and a good income for the close-knit group of writers who deliver the songs and sketches and are paid in proportion to the number of tickets sold. The longer the text, the higher the fee.

Cut the content, cut the cash
Many years ago I was asked to write a comedy sketch for the CircusRevy at Bakken and I delivered a five-minute sketch involving all the actors with lots of gags and slapstick fun.

At the last rehearsal, when it became clear that the show was too long, something had to go. My five-minute sketch got the chop along with my entire fee.
Since then I have chosen to enjoy the Danish revy as an enthusiastic spectator.

These shows are not groundbreaking, but they offer genuine Danish live entertainment after a day on the beach, or on a rainy day an excuse to avoid home hygge.