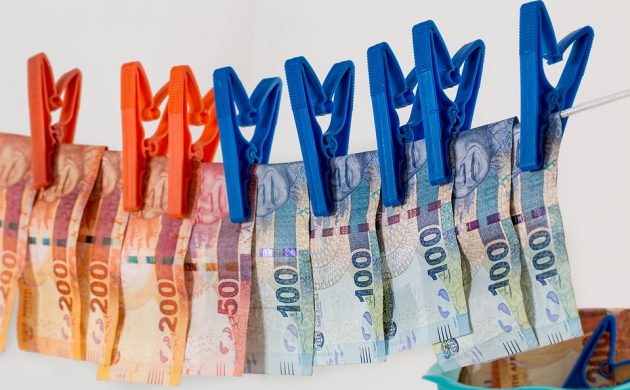 Never trust a banker. Our favourite aphorism has never been as relevant as today.

The latest news is that laundering money is secondary to the daylight robbery being carried out by the bandits in three-piece suits. It follows on from the car manufacturers being jailed for doctoring software to falsely register levels of exhaust fumes. And meanwhile, our local heroine, Margrethe Vestager, is handing out heavy fines to cartels in breach of EU competition regulations.

Dodgy moral compass
Even the most liberal must acknowledge that mankind is incapable of controlling its moral compass when even the best brands are cheating as best they can. Our economic systems have never been this vulnerable, and they are being abused with the help of greedy lawyers, accountants, consultants and even hackers, who are penetrating firewalls just for the fun of it.

Still, it is a comforting thought that, although the bad guys will always be frontrunners in testing the systems, society is catching up – slowly but surely. Pull the tiger’s tail often enough and eventually, the tiger will appear.

In China, some rich people are building secure basement storage rooms for the money they stack there. They are afraid of banking it. More often, people showing sudden affluence are being called to the tax office to prove the legitimacy of their wealth. The Panama Papers are showing the way.

Forcing a change
There is so much money at stake in the current tax return fraud scheme that nations will have to put aside their fear of upsetting banks and force them to operate on the side of the public good – even if some of them will go to the wall in the process.

Whilst waiting for the sheriff to take action, we unfortunately see that nations are looking down instead of up. The UK is struggling to find a tolerable way to Brexit Europe and Italy is ignoring the common budgetary goals. In Denmark, politicians are afraid to join the EU banking union, which is more necessary than ever before.

The EU seems to have lost perspective and is sealing the borders to enter Europe, while President Trump is considering a deployment of the US Army on the southern border to Mexico. We see remedies but no solutions.

The general public is losing faith in elected politicians and increasingly supporting right and or left-wing groups, which are turning into parties with a lot of anger but few practical solutions. Not that these are easy to come by. But the problems will not go away until nations realise they are unable to solve these issues on their own. That goes for the US and its president, too.

International solutions
The climate issue and migration can only be dealt with in an international context and through compulsory methods. On top of this, we now have to catch up with the smart white collar criminals, which also demands international co-operation, as the culprits are international operators.

The really sad thing is that these people should have known better. The good thing is that they have stolen so much they can’t possibly have spent it all yet, and that in the digital world money leaves a trail that doesn’t go away.

So, bad guys, beware – the sheriff’s office has got a computer too. And when our prisons are freed up from cannabis salesmen after a liberalisation like the one Canada has just implemented, there will be ample room for the financial gangsters.