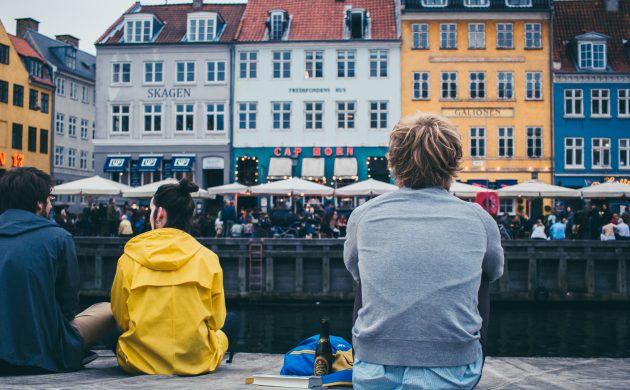 Every beer has a pack of stories and cultural insights to share, and Carlsberg is no exception. Its advertisements enable the brewer to share various elements of Danish cultural identity with its customers.

Following on from the success of its long-running ‘Probably’ campaign (1973-2011), Carlsberg has increasingly looking inwards for inspiration. Its ‘# Danish Way’ advertisements, for example, explore the cultural roots of Denmark, employing Mads Mikkelsen, one of Denmark’s most famous actors, to promote the brand.

And its ‘If Carlsberg did …’ series highlights different kinds of scenarios and imagines how Carlsberg would deal with them. Once again, the campaign enables the brewer to share Danish cultural identity with its customers.

Let’s take a look at some of the cultural elements we can extract from Carlsberg advertisements.

The Bicycle
Mads Mikkelsen use a bicycle in some of his Carlsberg advertisements. The bicycle plays a very important role in the daily life of an average Dane. Copenhagen is officially the number one ‘Bicycle City’ in the world. It doesn’t matter what the weather is like in Copenhagen, you will find people riding their bicycles. The famous Danish song ‘Jeg er så glad for min cykel’ (I am so fond of my bike) by Povl Kjøller is widely used in Danish language and cultural learning classes. The song is about the benefits of using the bicycle and the flexibility it provides to the riders. Even in old Danish classical movies, you can see bicycles being a part of the daily transport. 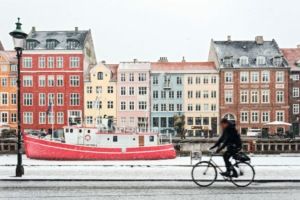 # The Danish Way
# The Danish Way is a series of advertisements in which actor Mads Mikkelsen introduces some of the cultural norms that exist in Denmark, whilst at the same time subtly including Carlsberg as being a part of it. In one ad with the theme ‘Communicating the Danish way’, he explains that the Danes don’t like to beat around the bush – a low context cultural trait of Denmark. (Low context cultures use explicit message or words for communicating and there is nothing to read between the lines. On the other hand, high context cultures use a lot of unspoken or hidden messages during the communication in the form of gestures, pauses, tone, facial expressions etc.) There are also other themes such as ‘Commuting’, with which Mikkelsen shows the importance of the bicycle in the daily life of Danes, and ‘Greetings’, with which Mikkelsen explains the problems with too hard or fluffy types of handshakes, as well as other forms of greetings.

Hygge
Hygge is shown subtly in most of the Carlsberg’s advertisements through the use of candlelight, the fireplace and minimal background furniture. The latter refers to ‘lagom’, an originally Swedish concept which means ‘the right amount’ or ‘just about enough but not too much’. In one of the recent # The Danish way ads, ‘hygge’ is used as the main theme and Mikkelsen explains the concept briefly. 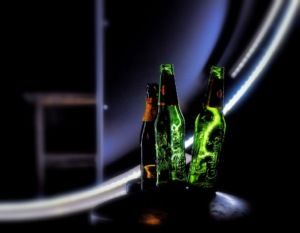 Lost in translation
A new tagline for the international market, “That calls for a Carlsberg”, was introduced in 2011. Jorgen Rasmussen, the then CEO of Carlsberg, said in an interview: “With ‘probably the best’ tagline, the challenge we had in some parts of the world was that ‘probably the best’ did not work” There is a significant cultural problem of things being ‘lost in translation’. The Danish concept of ‘jantelov’ is alien to many cultures. As an example, Rasmussen said that to Chinese consumers, if you said ‘probably the best’ it means you are not the best. There are many cultural mishaps that happen in global advertising. Heineken had to stop using its “Sometimes lighter is better” beer tagline after it got criticised for being racist. Clearly what is acceptable in one culture isn’t acceptable in another.

Smooth, Smoother and Smoothest?
Carlsberg uses its “If Carlsberg did …” advertisements to show different situations in a humorous way. It shows that Carlsberg would have dealt with such situations in a more creative and different manner by bringing together Danish cultural elements like hygge, teamwork, sarcasm, modesty etc. The major themes used are “If Carlsberg did boardrooms”, “If Carlsberg did haircuts”, “If Carlsberg did supermarkets” etc. In India, the advertisement “If Carlsberg did resignations’ was promoted by the Bollywood actor Saif Ali Khan. The advertisement ends with the tagline “probably the smoothest in the world” without using the word ‘beer’ to avoid the feeling of directly promoting the beer, since there are restrictions on advertising alcoholic products. In Malaysia, Carlsberg launched ‘Smooth Draught’, a line extension of the Carlsberg brand. They promote it as a chance for the customers to enjoy the smooth sensation of freshly-tapped beer anytime and anywhere. It replicates the smoothness of a draught beer in a bottle. This idea was made as a result of a survey that showed that most Malaysians like their bottled beer to be as smooth as the one that is available on draught. The product was a success because Carlsberg undertook the study and understood the cultural mindset of the people there.

Sarcasm or the famous dark humour
Denmark is famous for its sarcasm or black humour, which is often experienced at work or amongst friends; it is even seen in some Danish movies. Danish broadcaster DR-P3 used this cultural element when it launched an advertisement mimicking Mikkelsen’s character to help create public awareness of the rising drinking problem that exists in Denmark. 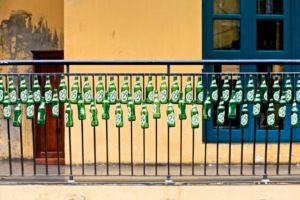 So, even a beer has a lot of stories to tell – maybe even more than what I have said. Every item is a cultural artefact and tells ussomething about its culture. Even a bathroom tap or a plug holder has something to say about culture. Now, that calls for a Carlsberg! 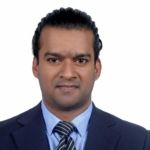 Jinu is an experienced intercultural trainer and has given different international seminars and workshops on intercultural management challenges. He has given training sessions for companies, management and exchange students in India, Germany and Denmark during the past 6 years. He did his International MBA from Hochschule Bremen University of Applied Sciences, Germany and Msc in International Business Development &amp; Consulting from Novancia Business School Paris, France. He could be reached at jinu.jayapalan@gmail.com or Linkedin.com/in/JinuJayapalan