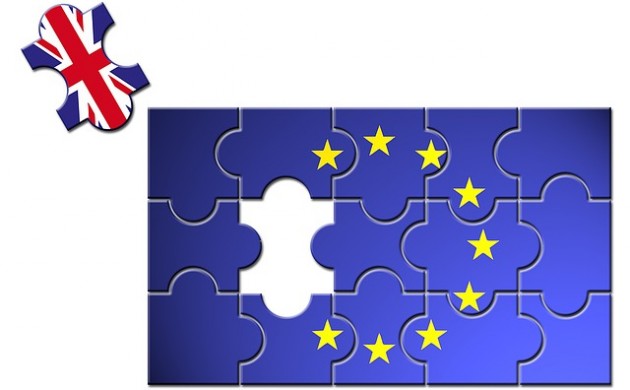 Just prior to the UK’s Brexit vote in June 2016, Dansk Folkeparti was already sizing up the chances of a similar vote for Denmark, should the UK do the unthinkable and opt out.

On June 20, party leader Kristian Thulesen Dahl told Jyllands-Posten that “an important hybrid could come out of this, so I want a referendum to decide whether Denmark wants a similar solution.”

After the vote, Dahl was full of praise for the “brave British”, adding that “we’ve seen an election campaign where the British people have been told that everything can go wrong. They will be poorer, taxes will rise and they won’t have a national health service.” He concluded by saying that “they [the government] did everything they could to scare them off voting for Brexit, but then the people went and did it anyway.”

Lies, damned lies …
What a difference a couple of years makes! Since then, it seems as if almost nothing has been plain sailing. The UK is due to leave the EU on 29 March 2019 at 11 pm UK time and only the wildest optimists would imagine that the transition is going to be smooth.

It was already clear the day after the vote that the ‘leave’ side had been pretty economical with the truth. During the campaign, Boris Johnson was touring the country in a bus emblazoned with the slogan “We send the EU 350 million pounds a week: let’s fund our NHS instead.” This myth was effectively demolished before the referendum, but to no avail.

Investigations are currently ongoing as to whether the financial contributions towards the ‘leave’ campaign from some of the most ardent Brexiteers were legal. Millionaires, strawmen, conspiracies involving US alt-right forces and Steve Bannon, interference from the Russians, and election tampering have all been mooted.

Hedging their bets
A number of the key proponents of Brexit have been exposed as safeguarding their own personal interests.

A city capital management company that Jacob Rees-Mogg co-founded has upped sticks to Dublin – afraid of the possibility of being cut off from EU investment opportunities when the plug is pulled. Nigel Lawson, Tory grandee and ex-chair of the ‘Vote Leave’ campaign, has applied for French citizenship. And two of UKIP politician Nigel Farage’s children have dual nationality: UK and German. Gross hypocrisy or what?

This is presumably what Boris Johnson meant by “having our cake and eating it”.
A number of groups, meanwhile, have mounted legal challenges either to have the result overturned or to secure a new Brexit vote.

Broken Britain
The UK looks less ‘united’ by the day. Scotland doesn’t want to leave the EU and has been exploring legal avenues for a challenge, and the Irish border question seems an almost intractable problem to solve.

One thing is certain. Brexit has divided the country like no other event since the English Civil War. It has led to family members breaking off contact with one another and even divorcing. David Cameron has certainly secured himself immortality for making one of the most inept political decisions in British history when he decided to call the referendum.

So any Danes tempted to follow this path – be warned. Like Pandora’s Box in ancient Greek myth, once it was opened, horrible things flew out including greed, envy, hatred, pain, disease, hunger, poverty, war and death. An exaggeration? Time will show.