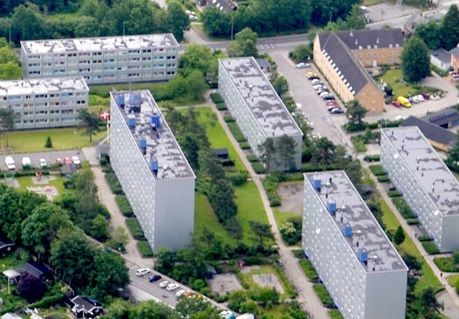 The government’s annual ‘Ghetto List’ was released on Saturday, revealing that 29 housing areas fulfilled the new more expansive criteria that came into effect earlier this year.

The contentious list includes 15 areas that are deemed to be particularly hardcore – while an additional 43 were deemed to be vulnerable, but outside the scope of being designated as a ghetto.

“The new ghetto criteria highlight the housing areas that have problems and are in need of help. The political agreement that tackles parallel societies gives municipalities and housing associations a number of new tools to effectively challenge ghettos and preventatively address the issue,” said the transport and housing minister, Ole Birk Olesen.

READ MORE: Danish municipality splitting up housing area to get it on ’Ghetto List’

Eight new areas
The new criteria means that there are eight new housing areas on the list compared to last year: Lundtoftegade, Aldersrogade and Hørgården in Copenhagen, Charlotteager in Høje Taastrup, Nøjsomhed/Sydvej in Helsingør, Korsløkkeparken Øst in Odense, Resedavej in Silkeborg and Ellekonebakken in Viborg.

Hardcore ghetto areas are housing areas that have been on the Ghetto List for at least five years, and as of 1 July 2019 they must have prepared a development plan that conveys how they intend to reduce the share of public housing in the area to, at the most, 40 percent.

That can be done by building new housing such as ownership, rental or housing co-operative apartments, by adding municipal jobs or by selling off or tearing down existing buildings.

New hard-core criteria
As per the new criteria, a ‘ghetto’ is defined as a housing area with at least 1,000 residents where the majority consists of immigrants and descendants of non-western countries, which fulfils two of the following four criteria:

– The share of residents aged 18-64 who are unemployed or not taking an education exceeds 40 percent over the past two years.

– The share of residents who have been convicted of a crime, breaching the law on weapons or narcotics is at least three times the national average over the past two years.

– The share of residents aged 30-59 who only have a basic education exceeds 60 percent.

– The average gross income of taxable residents aged 15-64 (excluding those in an education) is less than 55 percent over the same group in the region.

The areas that fulfil the criteria gain access to new tools designated to help them improve their standing.