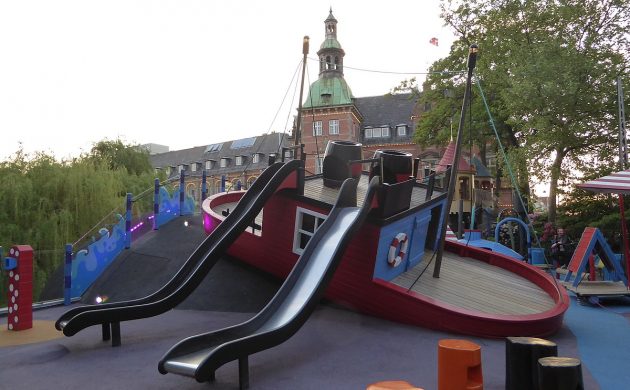 Playgrounds likely to be empty once new legislation is passed … if the police haven’t close them already (photo: Leif Jørgensen)
March 26th, 2020 10:51 am| by Nathan Walmer

The government will today present emergency legislation to Parliament to pave the way for a further tightening of the law in its bid to curb the spread of the coronavirus.

TV2 has come into possession of a letter sent by PM Mette Frederiksen to Parliament speaker Henrik Dam Kristensen, which allegedly reveals that the government wants to be able to reduce the permitted size of public gatherings from ten to two people if needed.

Two is the likely figure, reports TV2, as there are concerns that Parliament won’t be able to introduce emergency legislation to limit the number, should it need to, over the Easter period.

It is also thought likely that the police will be able to ban access to areas where people typically gather, such as playgrounds.

It is believed the new laws will come into effect on April 4.