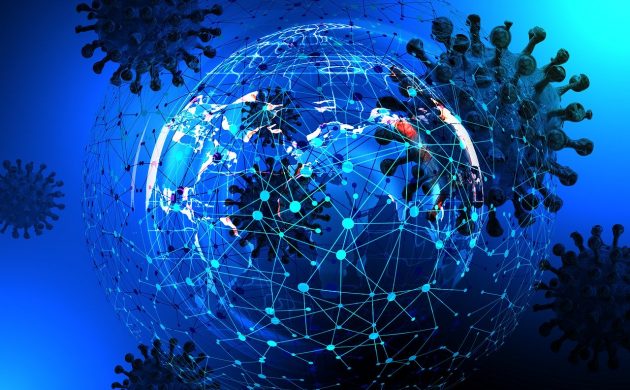 Throw all the algorithms together and what do you get: Winston Churchill winning WWII and losing the 1945 election (photo: Pixabay)
May 21st, 2020 5:00 pm| by Neil Smith

Denmark is gradually gaining control over the novel coronavirus. However, its consequences will have a huge impact on the country’s political economy in the coming years. Here are five issues to follow closely.

Support for government
The popularity of the current Socialdemokratiet government has skyrocketed in recent months, with the party now polling 15 percent above its nearest rivals. This is not surprising, as almost all governments have experienced a ‘rally round the flag’ effect during the pandemic – even those with imperfect responses like the United Kingdom and Italy. Factor in Mette Frederiksen’s calm and forthright approach – so impressive as to be praised by opposition politicians – and the popularity is no surprise.

In normal times, the government would be tempted to call an election so they would no longer be reliant on Radikale. This is not a practical option during a pandemic, so the question is how long will the popularity last. It may be more fragile than it looks – the commerce minister, Simon Kollerup, encountered its limits the hard way when he had to backtrack fast when IKEA opened at the gallop.

There are also sundry examples abroad about the rallying effect waning gradually – George Bush Senior lost his re-election even though he held a fragile coalition together in the Gulf War, as did Norway’s Jens Stoltenberg despite a dignified response to the Utøya tragedy. Socialdemokratiet is aware of this and will proceed carefully regardless of its current popularity.

Budgetary cuts
Like every country in the Western World, the current crisis is hugely expensive for Denmark. The pandemic is costing tens of billions of kroner a month in extra health expenditure, lower revenues and multiple compensation packages.

Denmark is better positioned than most countries to deal with it, as it had a budget surplus and one of the lowest debt/GDP ratios in the Western World. This gives Denmark a bit of wiggle room, but the government will need to grapple with the same issue as every country: how long can the current support last, and how quickly can it be phased out?

This is complicated by the fact that Denmark, as an export-orientated economy, is vulnerable to the performance of larger foreign countries. Even if Denmark stabilises, if large export countries like Germany, the US and the UK remain fragile, any recovery is likely to be slow.

The EU Issue won’t go away
The EU has enjoyed relative tranquillity of late – particularly compared to hapless British governments. Ironically, Brexit made the EU more popular, as the UK struggled to square the circle of the referendum – in the process the dysfunction of the EU was papered over by a united front.

This calm has now ended, as the coronavirus has brought dormant issues back to the fore. Italy is (understandably) upset that its frantic pleas for help fell largely on deaf ears. Whilst it is not unreasonable for countries to prioritise their own citizens in a crisis, the lack of prompt help contrasts sharply with the EU vision of continental solidarity.

This has soured Italian public sentiment – a dangerous point given the current discussions about any mutualisation of debt. Italy, backed with varying degrees of enthusiasm by Spain and France, insist this will help the country out of its deep economic hole. Northern Europeans, led by the Dutch, insist they cannot guarantee other countries’ debt.

Denmark unsurprisingly backs the Dutch position. Although not part of the Eurozone, the single currency distinction is mattering less and less; with the UK now gone, the EU is dominated by Eurozone economies, and the two are becoming increasingly synonymous. This means that the issue is real and the key question is simple: is the EU a glorified free trade area, or is it much closer to a federal state? Brexit may be over, but the fundamental question the referendum posed is still something Europeans can’t agree on.

Climate change
Before the coronavirus broke out, climate change dominated the political discourse. The government set ambitious CO2 targets, and businesses were busy planning how to meet them. Not everyone agrees that climate change is an existential threat though. The older generation are particularly ambivalent – embodied by the queen whose recent controversial comments were both poorly argued and a clear breach of protocol.

Nobody should expect Her Majesty to hit the barricades, but it is likely that other climate sceptics will form an informal alliance with coronavirus-hit businesses. A certain logic dictates that the easiest way out of a crisis is to tone down ambitious targets and allow a period of stability.

Climate activists will argue that the virus doesn’t mean that climate change is any less pressing – and that a delay of a couple of years could be critical. Climate entrepreneurs will argue that governments should embrace the zeitgeist of the crisis by supporting the establishment of climate-friendly businesses. The government has the unenviable task of squaring this circle.

Supply chains
The crisis has forced every country to assess its supply chain and whether they can cope with an emergency. Denmark has muddled through the current crisis, although it has issues regarding protective equipment. It will probably, though, reassess how much manufacturing is outsourced outside Europe

Added to this issue are the broader geopolitics, with the Trump administration seemingly keen on provoking a global outcry against China. Whether this is because of genuine concern or simply a smokescreen for the administration’s own failings, it risks creating a dynamic in which globalisation is sharply reversed. Managing this process would be tricky – even for a small, open country that has performed well in recent decades.