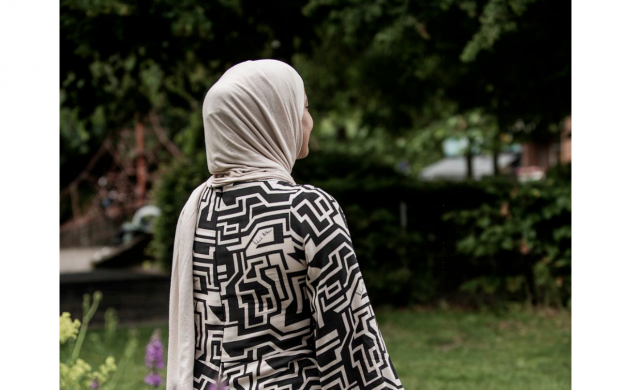 Minorities suffered from discrimination during the coronavirus pandemic, including being spat on while doing groceries, a report shows (screenshot from Danish Institute for Human Rights report)
July 3rd, 2020 3:49 pm| by Ayee Macaraig

Being spat on and heckled with “go home” and “disease spreaders” are just some experiences of discrimination that Asians and other minorities in Denmark faced during the Coronavirus Crisis, a new study reveals.

The Danish Institute for Human Rights released a report showing that minorities were particularly exposed to hate speech and hate crimes during the COVID-19 pandemic. These occurred in unprovoked events during daily activities such as shopping, walking on the streets or taking public transport.

“Common to many of the minority people who have participated in this study is that they somehow feel like they ‘stand out’. It makes them think a lot about how they act in public. For many, this has been reinforced during the COVID-19 epidemic,” the report stated.

Hate crimes
The study focused on adoptees from abroad, ethnic minorities, the LGBT and people with disabilities. It was based on a survey with 2,000 responses, 10 interviews with people and a review of laws on minorities.

One example it cited was a woman adopted from Asia who was in a grocery shop when a man approached her and told her: “You should go home to where you come from.” He then spat on the ground in front of the lady and her son.

The study found that none of the respondents reported their experiences to the police even if these could constitute hate crimes if tried in court.

Discrimination existed before
Respondents also reported feeling fearful and vulnerable because with fewer people in public during the lockdown, no-one would speak up for them or help them if threatened.

Some even chose not to wear a face mask or avoided certain places entirely so as not to stand out.

The study recommended that the government create a national plan against hate speech and hate crimes. It added that laws must factor in sexual orientation, gender identity and religion as grounds for protecting minorities.

“Many of the experiences cited in this report are not limited to the COVID-19 epidemic. Hate and discrimination in the public sphere will not disappear with the epidemic – it existed before and it will exist after the epidemic,” the report concluded.