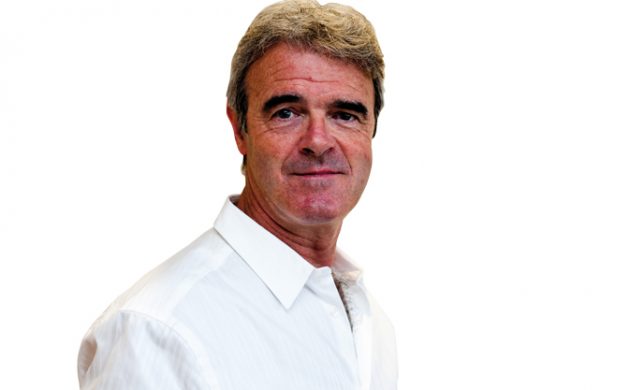 An extremophile is an organism that thrives in extreme environments – no, not necessarily the extreme right, although Boris Johnson has been called worse.

Bereft of morals
‘Extremophiles’ (Oct 21-Nov 21; reservations via teaterbilletter.dk, more info at that-theatre.com) is also the name of That Theatre Company’s next autumn production. A brand new play written by our resident Irish dramatist Fergal O’Byrne, it is set at a remote research station in the Antarctic.

As the tale of survival unravels, we realise there are very few moral absolutes – a similar story to the ongoings in Britain, Poland, Brazil, Hungary, Turkey, Russia, and the US, where testosterone-filled leaders have held two fingers up to science, and COVID-19 continues to ravage.

Mette Frederiksen, one of several decisive female leaders, has been overseeing the safety of people living here in Denmark, and I think we’re all seeing the benefits of her quick response to this virus.

Onboard the Tardis
Looking at the UK is like going back in time in the Tardis. Sadly, the British government doesn’t have a grip on anything and it continues to play catch-up.

When Johnson flippantly said the public should move on from the Dominic Cummings scandal, he forgot that they can’t move anywhere and probably won’t be able to for the foreseeable future.

Despite Johnson’s rambling rhetoric, there is nothing “world beating” about his approach to this pandemic. He’s like a driver wearing a blindfold. The crash is inevitable.

I imagine that Johnson tosses himself to sleep each night (sorry to have planted that image – see factbox for the audio). But although his reasons for having nightmares are many, he probably has a clear conscience.

Make no mistake: these are desperate times for Britain. The gorillas are on the streets. Brexit empowered those who hate without purpose or reason, while the current government is made up of those whose only argument was Brexit.

As Abraham Lincoln once said: “A house divided against itself cannot stand.” Or, if you prefer WB Yeats: “Things fall apart; the centre cannot hold and mere anarchy is loosed upon the world.”

BORIS: Bwaaa! Windrush, Grenfell Tower, inadequate police numbers – not on my watch! Racial tension and inequality, all-round deprivation, money spaffed against the wall on enquiries (answer to next one: Easy, they all died of COVID-19) – blame my predecessor! Sage (stop listening to them and instead trust me, MY government), Sir Keir Starmer (a clever dick with hair too slick), Nicola Sturgeon (the Scottish harpy) – there’s always going to be some bloody troublemakers! Priorities: protect the hedge-fund managers, take care of Cummings and goings, NB: he told me to reshuffle the cabinet, so I must put up those new shelves in the kitchen, but bollocks to the NHS staff (who saved my life) accused of overusing PPE equipment. Now, things to do: Follow ‘scientific’ advice – er, I’ve already said that; reopen the schools (two metres distance or one?); get the economy going; sort out bloody broadband for ‘oiks’ (I mean poor students); hinder the DHSS’s treatment of anyone (especially the disabled); aid package for theatres … who slipped that in there? … bloody luvvies; charm the EU and end up with a no-deal Brexit and a hard border in Ireland; oversee the break-up of the UK; get a good price for the NHS from the USA … chlorinated chicken – yummy! And book a holiday abroad ASAP.

BORIS puffs up his pillows and starts to fall blissfully asleep.