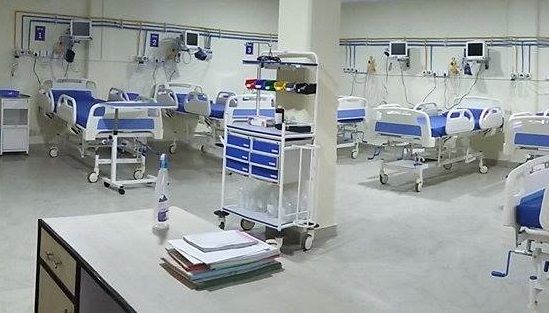 Just over a third of all coronavirus patients admitted to intensive care during the first wave of the pandemic in the spring ended up dying, according to a new study involving experts from Rigshospitalet.

Or, if you like, nearly two-thirds survived, but it’s Monday morning, so let’s go with the former.

Well below average
Normally, the mortality rate for somebody admitted to intensive care is 35-50 percent.

And only 37 percent of the 323 patients admitted between early March and May 29 to the nation’s 29 intensive care wards died – well below the one in two ratio seen in the likes of the UK, Italy and the US.

“In relation to how severe a disease coronavirus is, we actually think that 37 percent is a relatively low mortality rate,” study co-author Nicolai Haase, an intensive care doctor at Rigshospitalet, told DR.

“It is difficult to compare countries, but you could say that if you get seriously ill with coronavirus, then Denmark is a good place to be.”

The average age of the admitted patients was 68, and their average BMI was 27 – two points above the cut-off for what is considered overweight.

Some 42 percent of all male patients died, and just 29 percent of female ones.

The mortality rate among young patients was low. Among the over-50s it was just 5 percent, compared to 64 percent among the over-80s.

Important study
“It was important for us to create some concrete knowledge about this disease so that we as doctors can relate to it,” concluded Haase.

“And also to give politicians and citizens something to make their decisions based on,” concluded Haase.