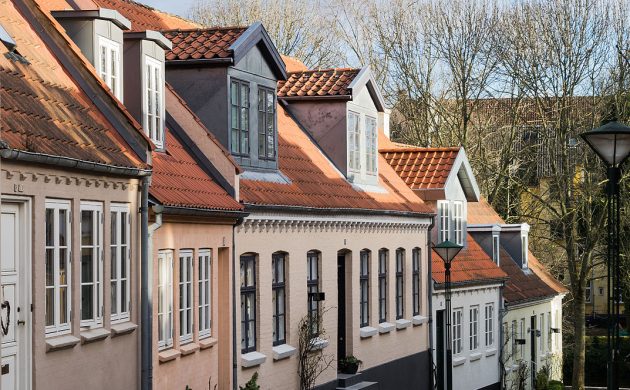 Odense, on the island of Funen, is the site of the troubling report (photo: Jebulon)
September 25th, 2020 4:24 pm| by Luke Roberts

Remarry? Lose your kids. Move further than 130km? Lose your kids. These are just some of the requirements and limitations in place if a woman decides she wishes to get a divorce through the well-known imam Abu Bashar.

The document, which Berlingske came into possession of, is the first time such practices have been certified, and in contravening Danish law it has unsurprisingly caused alarm amongst local authorities.

Sharia Law
Divorce of this kind is in accordance with Sharia Law, but not Danish divorce law. The document seen by the media outlet had been signed by both the woman involved and imam Abu Bashar.

Well known in the area, the imam operates in Odense, and this contract in particular relates to a couple living in Vallmose. Amongst other things, it states that if the woman behaves in such a way that her or her family’s honour is violated, she loses the right to the children.

“It is psychological violence, carried out by means of Sharia Law. It’s unacceptable, and it hurts my stomach to read these things,” he said.

The authorities reported the imam to the police. They are concerned as to how many previous arrangements of this kind have been implemented in violation of Danish law.

Juel states that he hopes through such strong action “we will send a clear societal signal to imams and preachers who practise Sharia Law that it is punishable in Denmark”.