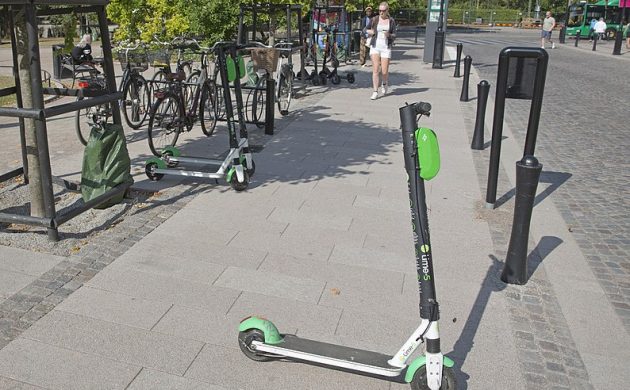 Last month, one of the big electric scooter vendors decided to shut down at night during weekends in Copenhagen in a bid to curb people using them while under the influence of alcohol.

Now, the vendors face an entirely different challenge after Copenhagen Municipality banned electric scooters from being parked on the streets of a considerable part of the city.

In future, people will have to hire e-scooters from shops – and return them after use. Check out the map below (no more renting off the streets in red areas).

“Unfortunately, we’ve experienced significant problems with these e-scooters, which have been left scattered about the city – particularly the city centre,” Rune Dybvad, a member of the municipal committee on technical issues, told TV2 Lorry.

“It’s been very difficult for the elderly to move about when they are left lying in the street.”

Can still use them
Electric scooters have long been an eyesore for local politicians, but while the vendors have made changes to try to appease them, it’s been too little, too late.

“They’ve had all the time in the world. Unfortunately, they came up with their initiatives at the last moment,” said Dybvad, who doesn’t expect the e-scooters to completely vanish from the city.

“You can still buy your own e-scooter and you can still rent one too – you just have to go a little further outside the city to do so,” he said.