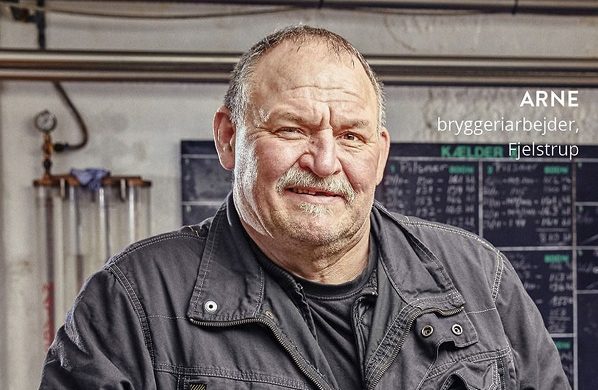 Arne was a big hit for the government during the 2019 General Election (photo: Socialdemokratiet)
October 17th, 2020 5:03 pm| by Ejvind Sandal

PM Mette Frederiksen won the last general election on her promise to establish a right to early retirement for worn-out hard workers personified by Arne – a brewery employee in his 60s who had worked since his teens.

How worn out exactly?
Socialdemokratiet suffered heavily in 2001 when they rolled back the early retirement plan, the efterløn, in spite of the promise of Poul Nyrup Rasmussen, the PM at that time, not to. It ended up costing him the election.

No such problems for Frederiksen! She has a working majority, with all the left-wing parties and also Dansk Folkeparti at her disposal to establish legislation at this point.

However, her early retirement criteria still remains a little vague. It doesn’t seem to really identify who is eligible. Working, training, studying, parental leave, unemployment benefits … just as long as they’ve racked up more than 40 years.

It would appear that many people will be able to make a strong case. Worn out or not.

Balancing the bill
Now the struggle is how to finance this generosity. New taxes on banks and property are in play, but it remains to be seen what and how much it will cost when it eventually surfaces as the new norm.

The PM is happy because it would have been unbearable had she failed on this point.

And now she can return to the much more critical work of balancing the bill for the COVID-19 support – most notably perhaps with measures to benefit the service and entertainment industries, which are bleeding heavily, and also the travel and aviation industries.

The latter, including SAS, has already received massive support, but the forecast indicates a very long winter for them.

Power to the people
The lockdown opened the eyes of many to the value of working at home, and higher productivity, less traffic, less office space, and less travel time and expenses will ultimately contribute to the nation’s goal of cutting CO2 emissions by 70 percent by 2030.

And public attitudes to air travel are changing, with many favouring a more climate-friendly lifestyle.

With such will at large, the government hasn’t really needed to invest much yet in its climate ambitions, which is just as well as Arne and COVID-19 have done their best to cloud most political minds.

But of course, that is next year’s problem.

Shot down in flames
The present budget law proposal will probably be a walk in the park as the opposition only has confusion to contribute.

While Radikale, which has proffered such high demands for financial responsibility, is in chaos with its leader shot down in flames over some very old, and rather diminutive, sexual harassment accusations.

The higher you hold your moral banner, the harder you fall when you trip.

But at least Arne is happy. (ES)