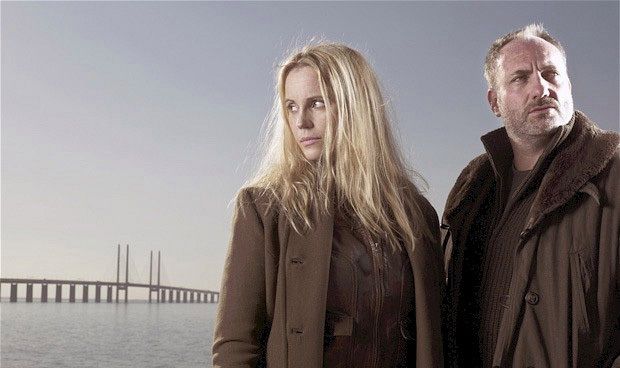 The saga continued without Martin, but his work was done
October 17th, 2020 5:08 am| by Xander Brett

In 2012, BBC Four broadcast ‘The Bridge’. It opened British eyes to the cool chic of the cold north. IKEA’s popularity replaced John Lewis. Scotland announced a vision for independence in line with the ‘Nordic model’. We bought Volvos like never before.

My love of Scandinavia began that year too. Landing in southern Norway, Scandinavia’s joie de vivre was infectious. But there were unanswered questions. Why were Brits not drawn to Canada’s liberalism? To France’s cop shows? Why was everything magic with a Nordic touch?

Five years later, I started a blog to find out. Now in its third year, and with a podcast running alongside, it’s attracted readers and listeners across the world. To me, it seems Britain’s Scandinavian interest is strong but confused. Our lust for Nordic noir sits alongside a love of ‘fika’ and ‘hygge’. Comforting cosiness and cold crime in one.

The sum of its parts
Over the past three years, I’ve asked countless people about Britain’s obsession with Scandinavia. Someone who summed it up best, though, was Norwegian talkshow host Fredrik Skavlan. He told me how the Nordic countries are a similar set-up to the UK.

All too often foreigners ignore the fact that there are three countries in the Scandinavian diaspora, not one. Norwegian may be a similar language to Swedish. Swedes may drink as much coffee as the Danes. But they are separate nations, with distinct identities to match. Scandinavia is the sum of its parts, like the four corners of the UK.

Lubed up by Luther
The English and Danish language are similar, and driving around the north of England the place names tell of its proximity to Norway and Sweden. This is, given our Viking heritage, no coincidence.

Unlike much of Continental Europe, Britain rejected the ‘flashy’ Roman Empire, accepting instead the culture of ‘minimalist Norse’. We rejected Rome’s religion too, later on. Boxed in by Ireland and France we, like Scandinavia, are a bastion of Protestantism in a Catholic continent.

That ever growing uniqueness has pulled us close to the Lutheran north. Both us and Scandinavia embrace a minimalist impression and a pragmatic mindset. Protestantism breathes the cool order we both crave.

Norwegian parrot envy
It would, of course, be wrong to assume this admiration is one-way. The Scandinavians love Monty Python and ‘Midsomer Murders’ as much as we do. But rarely will a Swede tell you of their admiration for our society and politics.

When I first visited Copenhagen, I was struck by how easy it was to strike up conversation with the prime minister in the street. It was symptomatic of the bonds that bind leaders and citizens.

Scandinavians know their countries are the best in the world. But while they count their blessings, it seems at times we Brits are almost too jealous of Scandinavia’s success.

This has been most apparent recently with the systemic criticism of Sweden’s handling of the coronavirus pandemic. When Britain was placed in lockdown, we were envious of Sweden’s relative freedom. With each increase in cases, we longed for Sweden to join our struggle. It’s as if when dents appear in Scandinavia’s welfare state, ours appears all more efficient.

Northerly and a cut above
It’s interesting that, despite our taste for Scandi drama, dishes and design, Norway, Sweden and Denmark are seldom holiday destinations. When summer hits, we head south – to Italy, France and Spain. We love these countries for their sun and sangria. It’s a different kind of love to our love of Scandinavia.

Unlike Italy, France and Spain, in Scandinavia we search for a more perfect version of ourselves. We’re nations of monarchies, introverts and temperamental climates. But Scandinavia has done everything just a little bit better. They’re classless, cleaner and more close-knit. We long to be Scandinavian, but we never will be.

It makes Scandinavia just a little bit boring … but in a dependable sort of way. 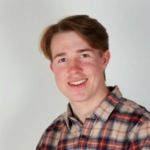 Xander is the editor of Fika Online (fika-online.com), a blog dedicated to Nordic lifestyle, culture and current affairs. The Nordic Podcast is available via various streaming platforms, including Spotify and Apple Podcasts.