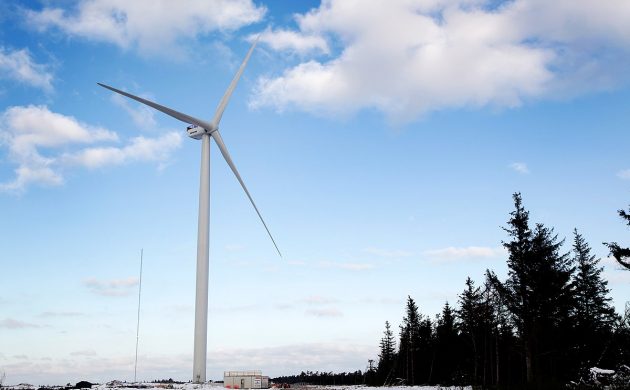 Vestas will hope that a turn towards offshore turbines will provide a competitive advantage (photo: Garvarduniversity)
October 29th, 2020 2:13 pm| by Luke Roberts

At a time when most companies the world over are reporting dark days, some of Denmark’s biggest companies are being blown in the right direction. In particular, wind turbine giant Vestas hasn’t let a pandemic get in the way of its strategic plans, and logistics monolith DSV is bringing in bigger profits than ever.

Winds of change
In 2014, Mitsubishi Heavy Industries (MHI) and Vestas set up the joint venture MHI Vestas to focus on the co-development of offshore wind turbines.

But now, in a deal worth 5.3 billion kroner, the Danish company has bought out its Japanese partner. With Vestas currently focusing solely on onshore wind, turning its attention to offshore enterprise represents an attempt to become more competitive in a fierce market.

“Vestas is a leader in onshore wind turbines, but in order to accelerate the energy transition and achieve our goals, we must play a greater role in offshore wind,” stated Henrik Andersen, the company CEO.

The deal sees MHI receive 2.5 percent of Vestas’s shares as payment, as well as a seat on Vestas’s board of directors. Last year Vestas Group saw a turnover of roughly 90 billion kroner, whilst MHI Vestas itself has an expected turnover of 10 billion kroner this year. The deal is expected to be completed before the year is out.

Truckin’ on
Ranking as Denmark’s third largest company by revenue, DSV has largely been enjoying the pandemic. Staff cuts as a result of its merger with Swiss logistics company Panalpina 15 months ago have meant reduced costs at a time when the increased price of air transport has led to a spike in demand for its services on the ground.

“Market conditions have been better than expected across most markets, and at the same time we have benefited from effective cost management,” explained Jens Bjørn Andersen, its CEO, upon the release of the Q3 accounts.

In the third quarter, DSV reported an operating profit of 2.7 billion kroner – almost 1 billion more than was recorded in the same period last year. The company is active in more than 80 countries and ranks among the largest logistics firms in the world.