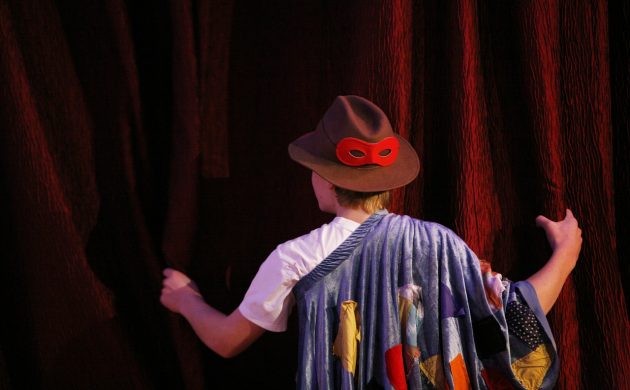 Might as well be performing to the curtain (photo: Pixabay)
November 8th, 2020 5:00 am| by Vivienne McKee

One afternoon in April, I attended a friend’s birthday party on Zoom in the company of eight friends whose familiar faces appeared on my computer screen.

It should have been ‘a Zoom with a view’, but it was the first time I had ever tried Zoom, and so, while the others chatted and joked with ease, I sat staring at the screen wondering how to join in.

The host, like a jolly orchestra leader, conducted the conversation, and suddenly it was my turn to say something. I stared blankly at the expectant faces and … froze. I had totally zoomed out.

More like low-spirited
This was hardly a good start to dealing with the future of online communication during these coronavirus times. As an actor and playwright, at a time when theatres are closing because of social distancing rules, I face having to pursue my profession online.

Many theatre makers have turned to digital and lo-fi modes of performance and I can only admire their pioneering efforts. Nevertheless, after watching a few of these, I have to say that they leave me feeling pretty depressed.

M for motherf*****
During one online comedy show, Judi Dench made a surprise appearance. She zoomed in, too close to the camera, and interrupted two messy-looking famous actors complaining about the lockdown.

She had forgotten to comb her hair and, shock/horror, she used the ‘F word’. This was not at all what we had come to expect from James Bond’s boss.

I am sure that fans would rather see actors looking terrific in costumes and make-up on stage in a theatre, rather than slouching around in tracksuits in their living rooms.

Live or let die
More to the point, how can these ‘culture from the couch’ performances replace the live theatre experience? Especially comedy shows. To get a comedy going, the audience really needs to sit very close to each other.   People set each other off laughing.

At our annual Christmas shows in Tivoli, much of the fun is the audience’s participation; shouting responses, booing the bad guys, cheering the goodies and taking a hapless victim from the audience onto the stage to join in the action.

None of this, which is vital to the craziness of the show, is allowed during the pandemic. On top of that, we normally perform to a crowd of around 1,000 people at Tivoli’s Glassalen, but now, because of the restrictions, we are only allowed a total of 350 in the theatre, with empty alternate seats.

In person, pandemic free
Calculating the cost and realising that our show will never work on Zoom, we have resigned ourselves to refunding thousands of tickets and postponing it until next year.

Performers want to see smiling faces without masks inside a big warm theatre space, and audiences don’t want to see actors struggling to perform inside squares on a computer screen.

We must look forward to better times when we can all get physical and have fun again. One theatre critic wrote: “The Crazy Christmas Show is an anti-depressant. Everyone should be able to get it on prescription.”

We look forward to cheering you up again when we perform ‘live’ at Tivoli in 2021.