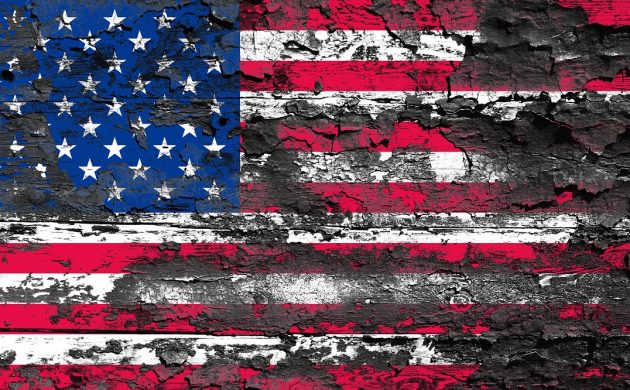 The world’s most hyped reality show is coming to an end.

Stay tuned for the finale
Four years after its first episode featured a shock victory and fantastical claims of record-breaking crowds, the finale will see the protagonist begrudgingly exit the stage. And many Americans (and countries around the world) will hope that normal service will quickly resume.

Therein lies one of the great unseen dangers of the Trump administration. We have all been deeply involved in the reality show: the palace intrigue, the outrageously false claims, the personal vendettas and the breaching of any sense of decorum. This has taken up so much bandwidth that deeper structural issues have not been fully addressed.

No more excuses
One of the most striking results of the recent election was not that Joe Biden won – that was predicted by the polls. Neither was it that Biden won Arizona and Georgia; whilst impressive, the winds of change have been blowing there for some time. The most jarring fact was that Trump won 74 million votes.

When Trump won the presidency, many Americans said this was not reflective of their country. Trump won, they said, because of a combination of misogyny against Hillary Clinton, FBI director James Comey’s poorly-timed Clinton email investigation reopening and Russian interference. Americans didn’t know what they were getting and could be forgiven for choosing the self-proclaimed business genius to cut through the gridlock.

Anything but normal!
In 2020 the situation is clear. We’ve had four years of Trump consciously choosing wedge issues, making shockingly false claims, and handling the pandemic so disastrously that 250,000 Americans have died. The ‘master dealmaker’ even got played by Xi Jinping and Kim Jong-un. Yet tens of millions of Americans still voted for four more years. Let nobody say that Americans (or 47 percent of them) don’t want this man.

Some Trump voters, no doubt fearful of the country’s march to majority minority status, enjoy the race-baiting. Others like his appointment of conservative judges and tax cuts. But many more, particularly on low incomes, simply do not see a return to normal as positive. Normal means decades in which wages hardly rose, job security vanished, economic activity in the local area fell off a cliff, and the number of crystal meth addictions skyrocketed.

More of the same ahead
The reality show took attention away from this, further entrenching divides. How do we build a fair modern economy? How can old manufacturing towns operate in a post-industrial world? How can ordinary working people with traditional values feel part of modern America?

Millions of Americans are not celebrating a return to normal, and if that’s all Biden can offer, the next charismatic disruptor will be waiting in the wings.