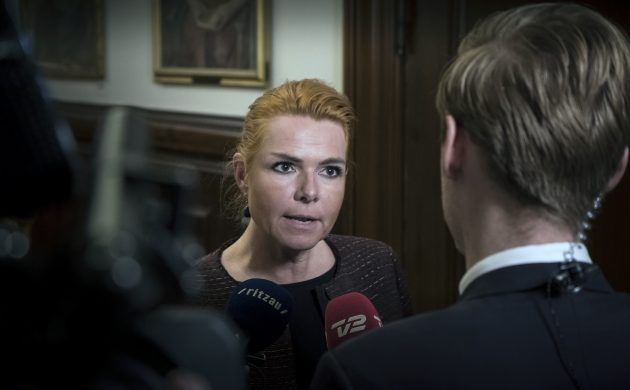 Inger Støjberg, the former immigration minister, could face an impeachment trial for actions in 2016 pertaining to asylum in Denmark.

A commission assigned to look into the situation has released findings that are highly critical of Støjberg.

Among other things, the commission concluded that her order to separate couples seeking asylum, in which one of the couple was a minor, was illegal – and that she was made aware of that fact.

Afterwards, she was involved in misleading Parliament about the situation, the commission found.

Extremely rare situation
Based on the commission findings, fellow Blue Bloc party Liberal Alliance – has called for an impeachment trial in the matter.

This is a very dramatic turn of events as there have only been five such trials in Denmark since 1849.

The most recent such trial took place in 1995 when former justice minister Erik Ninn-Hansen was impeached and sentenced to conditional imprisonment for his role in the Tamil Case.

Before that, the most recent impeachment trial in Denmark was back in 1910.

Red Bloc to wait
Red Bloc parties have announced that they will wait for a legal assessment of the commission findings before deciding whether to vote in favour of an impeachment.

Government party Socialdemokratiet is reportedly assuming a deciding role in that process.

Despite the drama, Støjberg maintained that she does not intend to step down from her current position as the deputy head of Venstre party.

She is supported by her own party, Dansk Folkeparti and Nye Borgerlige, which all see no grounds for an impeachment trial.

Støjberg is perhaps best remembered for having a cake in celebration of passing the 50th law cracking down on immigration in Denmark.

More recently, she came under fire after calling for ministers to “drain the swamp”: a phrase now synonymous with the politics of Donald Trump.