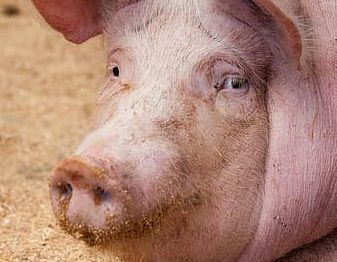 A pig with lipstick is still a pig … I thought I knew what that meant, but I’ve learned it the hard way this year.

Learned the hard way
I knew it’s been a favoured line with politicians in recent times, including former US vice president Dick Cheney, who swore it was his absolute favourite when he used it to criticise the national defence policy of 2004 presidential candidate John Kerry.

But really, the expression has found its true home on social media. Time, and time again, it comes to mind when I see people posting all manner of fakery on platforms like LinkedIn – myself included. Yes, sometimes we have to take a long, hard look in the mirror at the shade of lipstick we’re wearing.

The learning curve has been a tough one this year, but I have boiled it down to three unforgivable glosses. It really is time to stop putting lipstick on pigs!

It’s all fake
Don’t pay to join an engagement pod – a group of people who agree to like and comment on each others’ LinkedIn posts, with the aim of triggering the algorithm to increase its visibility.

I did it in January, but had to drop it after two months.

The conversations are fake, the engagement is fake, everything is fake.

People aren’t stupid
I automated messages for my network to attend a webinar I was promoting. Now I know that’s a sure way to annoy people.

Will Barron featured me on his podcast using me as an example of WHAT NOT TO DO IN SALES.  I deserved it.

Will, my apologies for the automated message back in April

I also lost several followers from that single action.

Invest your time
Remember to invest time in talking with the people you connect with. It’s only then that you can really call them ‘connections’ and stand by the number you might have.

One of the best people I’ve ever seen building deep connections is Jakob Thusgaard, the founder and CEO of YourSales.

We even got to play squash together after meeting on LinkedIN about seven years ago – you could say I had a lot of fun bouncing ideas off the wall with him.

Quit bullshitting
So just to recap, you can’t fake results. So quit your bullshitting here.

Slowing down is probably the fastest way to achieve real acceleration.

Invest time in getting to know people. It changes everything

Automation can be used but you gotta be extra careful. Trying to beat the algorithm at all costs shouldn’t be a goal in itself. You have to put a proper shift in.

‘A Pig with lipstick is still a pig.’ Quit faking! 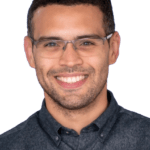 Carlos started a business through denmarkbrazil.com, but while his blog survives, he has left for pastures new and is now the head of strategic partnerships at Ucommerce, where he mainly deals with agencies in the Benelux countries. The roundtables host seeks to inspire many on a vast range of topics, from digital transformation and mental health to the future of work in the 4th industrial revolution.