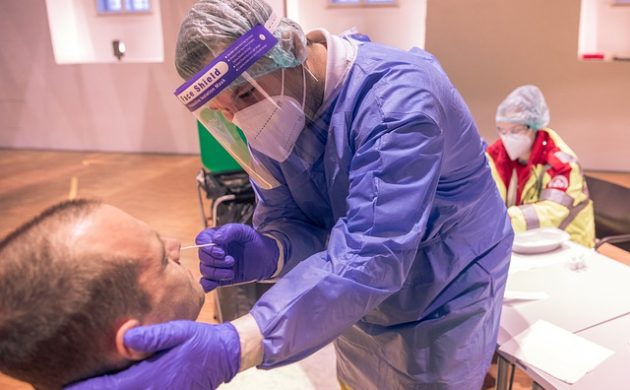 Denmark has mostly been ahead of the curve when it comes to testing for COVID-19. One can simply book online and go to a test centre nearby. Compared to Sweden, where you either have to have symptoms to get tested or pay for it, it seems like an easy and generous system – if you have a CPR number, that is.

Plain in black and white
I am in the not-so-uncommon situation of having a Danish residence permit, but not yet a CPR. This normally causes some minor inconveniences, but for the most part, institutions in and around Copenhagen understand that it takes a while and are accommodating to people like me. Normally, this also applies to getting tested for COVID-19.

According to Region Hovedstaden’s website, tourists and those without NemID are able to get tested at all test centres, and as of recently can even get results by signing up at covidresults.dk. Unfortunately, this was not the case the weekend before last at the region’s pop-up test centre at Nørrebrohallen.

But centre says “No”
I’ve been tested there before – twice. I even live next door. On March 14, I went there as it was the last day of the pop-up. The security guard greeted me at the door – I said “Hej!” in my abysmal Danish, and the guard stopped me and said (in English): “Do you have a CPR number?” “I have my residence card,” I said. He let me through.

While I was waiting my turn for the infamous throat swab, I noticed the guard stop someone else, who then took their yellow card out and showed it to the guard (whether he asked them to or not, I don’t know). I found all of this odd, as it shouldn’t matter.

When it was my turn, I approached the table and showed the receptionist my ID, and he said: “Do you have a Danish CPR?” “I don’t,” I replied. I was then informed that I cannot be tested at this test site. I disagreed and tried to understand why, as I know it’s my right to get tested at all test centres. I was told the test center at Nørrebrohallen has individually decided to stop testing people without a CPR, and that I should go to another centre.

Illegality uncontested
I chose not to make a fuss; there were a lot of people waiting in line. I’ll call the region on Monday and find out what’s happened, I thought. I called, and I was told what I suspected: They should have tested me. This must be illegal, I said – the woman on the corona hotline agreed.

I was then told to send them an email so it could get to the right person. To their credit, I received an apology from the region’s testing organisation and the assurance that they would rectify this, but, unfortunately, no formal explanation.

So, I can’t help but wonder: why did this happen in the first place? And who is responsible?

Was it discrimination? Misinformation? An honest mistake?

Your guess is as good as mine. 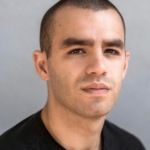 Jody Fish is an American artist, writer and actor currently living in Copenhagen. He previously founded and edited his own publication, Pupil Magazine, and was a freelance copywriter in Sweden. He is now acting in theatre in Copenhagen during the 2020-21 season.