One would have to be blind not to notice all the ‘pandemic puppies’ (or  ‘virus hvalpe’, as I call them) in Copenhagen during this last year. It is clear that these hordes of cute four-legged pooches pulling on leashes in parks and along our streets are a phenomena impossible to ignore.

But Corona changed everything. During the second wave, I suddenly cracked. I woke up early one morning and I realised that I had no reason to get out of bed. I had no theatre work, no pressing commitments and no possibility of going abroad. It was depressing until I came up with the obvious solution. Of course! I must get a puppy who would make me wake up every morning with a smile on my face.

Full of enthusiasm, I leapt out of bed and checked various websites, eventually landing on gipote.dk. I expected to have to wait months, even if I chose to adopt a rescue dog. But it was my lucky day.

Potty traveller
A mere four hours later I was on my way to collect an adorable 12-week-old Bichon Havanais. The price was astronomical. I could buy diamonds for the same sum. Don’t they say: “Diamonds are a girl’s best friend”? Not dogs! But I couldn’t wait to cuddle my new companion.

Little did I know then that my life would change completely. With the fluffy ball of puppy wrapped in a blanket on the seat of my new car, his EU passport tucked in my pocket, I rushed home.

At a traffic light, he whined sweetly, and promptly threw up. I was so distracted, that I banged into the car in front of me. After telephone numbers were hurriedly exchanged, I jumped back into the car to find that my bundle of joy had peed on the seat.

Putty in its paws
I won’t bore you with all the trials and tribulations of the following six months, but it was tougher than I expected. The list is obvious to me now, but it wasn’t then. Damage to carpets, chewed furniture, vet bills, puppy training, walking in all weathers, an end to spontaneity, and the realisation that my flight-hopping days were over.

Having a puppy in my life has been more dirty, smelly, frustrating, expensive and time-consuming than I expected. But it has also been more fun and rewarding than I could ever have imagined. I’ve even made new friends of other dog-owners who, unlike most Danes, are keen to stop and chat.

But perhaps best of all: I now wake up every morning with a smile on my face when I see his furry face peering lovingly at me from his basket. 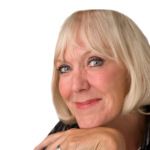